The Next Generation Jazz Festival evolved from the Festival’s California High School Jazz Competition, started in 1971, and held at the Monterey County Fairgrounds for 35 of its 41-year history. The festival is now accepting applications from middle school, high school and college big bands; from high school and college level conglomerate bands; from open combos; and from high school combos and vocal jazz ensembles through January 22. Application forms may be downloaded at the Monterey Jazz Festival’s website. The application process is free of charge, as is participation in the prestigious event.

Finalists are selected through recorded auditions reviewed and ranked by faculty from the Berklee College of Music, and will include 12 big bands, six combos, and eight vocal ensembles in the High School Division. Six college-level big bands and six college vocal ensembles will also be selected, in addition to six conglomerate and six middle school big bands, and six Open Combos. In addition, specially-invited groups will also perform. In 2011, over 54 groups from across the United States and Japan attended the Next Generation Jazz Festival.

The event also includes a big band composition competition, open to high school composers. Judged by college faculty from leading music schools across the country, the winning composer will receive the Gerald Wilson Award and a cash prize, with the winning composition to be performed by the Next Generation Jazz Orchestra on the final day of the 55th Annual Monterey Jazz Festival, Sunday, September 23, 2012, on the Jimmy Lyons Stage in the Arena before a crowd of thousands.

All Next Generation Jazz Festival events and activities-from Friday night’s Kick-Off Concert through Saturday and Sunday’s High School Jazz Competition-are open to the public, free of charge. The Festival will also conduct clinics, workshops, jam sessions, and auditions in the heart of Monterey, with music to be performed at the Monterey Conference Center, the host Portola Plaza Hotel, Fisherman’s Wharf, and Cannery Row.

Featured during the weekend of music will be the award-winning trumpeter, Ambrose Akinmusire, who has been selected as the Monterey Jazz Festival’s Artist-In-Residence for 2012. Akinmusire will work with young student musicians in performance, clinics and one-on-one sessions at the Next Generation Jazz Festival and the Festival’s Summer Jazz Camp, in addition to performing at the Monterey Jazz Festival and at other concerts and events throughout the year.

The legacy of the late trumpeter and composer Tomasz Stańko will be celebrated at an all-star memorial concert on Sept. 18 at Roulette in New … END_OF_DOCUMENT_TOKEN_TO_BE_REPLACED 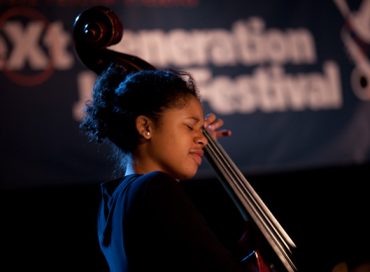 The results are in from the Next Generation Jazz Festival competition, where 108 ensembles from 11 states and four countries performed April 5-7. Sponsored by … END_OF_DOCUMENT_TOKEN_TO_BE_REPLACED 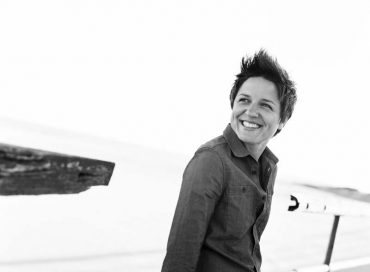 The 49th annual Next Generation Jazz Festival, presented by the Monterey Jazz Festival, is now accepting applications for 2019. The festival showcases the country’s most … END_OF_DOCUMENT_TOKEN_TO_BE_REPLACED