The Michael Brecker International Saxophone Competition is now accepting applications, which are due Mar. 31.

The competition, named after the late, influential saxophonist who died at 57 in 2007, consists of three rounds. The final two rounds—the semifinals will feature eight saxophonists—are to take place at the Red Sea Jazz Festival in Eilat, Israel, running Aug. 25-27.

Eligible entrants must be between the ages of 16 and 30 as of July 1, 2019. They also should not yet have been signed to a record deal.

Applicants must provide a variety of music samples in order to qualify for the competition, including a standard ballad, a medium-tempo blues, an uptempo standard, and a Michael Brecker solo (performed with a live band or a cappella). The audio entries should last no more than 18 minutes in total. They will be evaluated on criteria such as technical facility, rhythmic feel, imagination, and band interplay.

Read a JazzTimes collection of musicians’ tributes to Michael Brecker from 2006. 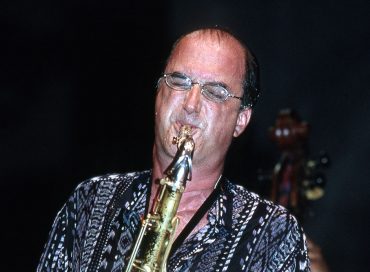 Jazz enthusiasts typically think of Michael Brecker as the powerhouse tenor saxophonist who played iconic solos in both funky jazz and sophisticated pop settings, and … END_OF_DOCUMENT_TOKEN_TO_BE_REPLACED

Swing University, the virtual adult education component of Jazz at Lincoln Center, is celebrating its 20th anniversary in 2021. It will mark the milestone with … END_OF_DOCUMENT_TOKEN_TO_BE_REPLACED

Michael Brecker used to receive one or two unsolicited cassettes in the mail, every week, from young and aspiring musicians seeking his advice and guidance. … END_OF_DOCUMENT_TOKEN_TO_BE_REPLACED

A short time from now in a club far, far away … unless you live near the PATH train … a New Jersey jazz musician’s … END_OF_DOCUMENT_TOKEN_TO_BE_REPLACED