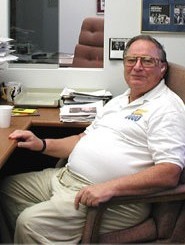 Mat Domber, the founder and president of the jazz label Arbors Records, died in St. Petersburg, Fla., on Sept. 19, as the result of cancer. Domber was 84.

According to JazzTimes contributor Ken Franckling, Domber, who was a lawyer, created Arbors in 1989 and began recording classic jazz artists-from Dixieland to mainstream swing-“who weren’t getting the attention they deserved. Over the next 20-plus years, they found a welcome home on his Clearwater, Fla.-based label. What began as a labor of love for Mat and his wife/business partner Rachel, evolved into a significant force on the jazz scene.”

Said Harry Allen, “Mat Domber was profoundly kind, gentle and generous. His love of jazz was unparalleled. Through his countless recordings, many festivals and other ventures like the Statesmen of Jazz, he greatly improved the lives of jazz musicians and jazz fans all over the world. He was a great man.”

“In many cases,” wrote Franckling, “Arbors was a career revivalist for many significant elder statesmen of jazz and a career nurturer for younger players who loved and felt most comfortable in the classic jazz style.”

Domber became interested in jazz as a teenager, when his father took him to Greenwich Village to hear Pee Wee Russell and Muggsy Spanier.

Domber’s wife Rachel, his partner at the company, was with him at the time of his death.