Bassist, composer, and bandleader Marcus Shelby has been appointed as the Artistic Director of Healdsburg Jazz, the California-based festival announced last week.

Shelby succeeds Jessica Felix, who founded the Healdsburg Jazz Festival in 1999 and announced her retirement last month. Felix will step down from the artistic directorship on September 30, with Shelby taking the reins on October 1.

Born in Alaska in 1966, Shelby has been a major player on the San Francisco Bay Area jazz scene for nearly a quarter-century. He is best known for his leadership of the Marcus Shelby Jazz Orchestra, a 16-piece big band that performs his original compositions. His work comprises several oratorios, suites, and concert-length programs inspired by African-American history, including Port Chicago (2006), Harriet Tubman (2007), and Soul of the Movement: Meditations on Dr. Martin Luther King, Jr. (2011).

Healdsburg Jazz, based in Sonoma County, California (north of San Francisco), has been a celebrated musical event in the greater Bay Area for the past decade. The 10-day annual festival, which presents local talents as well as national and international jazz stars, takes place each year in the first week of June. (The 2020 edition of the festival was canceled as a result of the COVID-19 pandemic.) In addition, Healdsburg Jazz sponsors a number of locally focused initiatives in music education.

More information can be found at Marcus Shelby’s and Healdsburg Jazz’s websites. 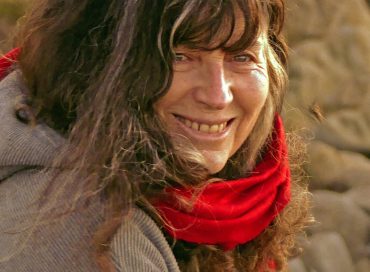 Jessica Felix, founding artistic director of the Healdsburg Jazz Festival, will retire from the position she has held since 1999 at the end of September, … END_OF_DOCUMENT_TOKEN_TO_BE_REPLACED