Drummer and producer Makaya McCraven has announced his tour schedule for April through June.

McCraven, whose album Universal Beings was released last year to critical acclaim, will begin in Los Angeles at the Lodge Room and end at the Montreal International Jazz Festival, with stops in Portland, Chicago, Atlanta, Richmond, and Pittsburgh, among other places, in between.

A full tour schedule is below. 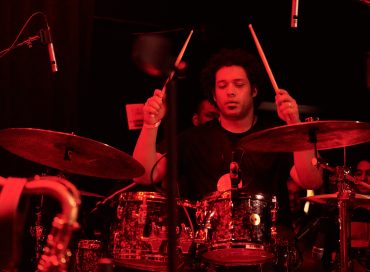 The ever-fascinating Makaya McCraven is letting fans who share that fascination glimpse the inner workings of his artistry. Universal Beings, a documentary of the making … END_OF_DOCUMENT_TOKEN_TO_BE_REPLACED