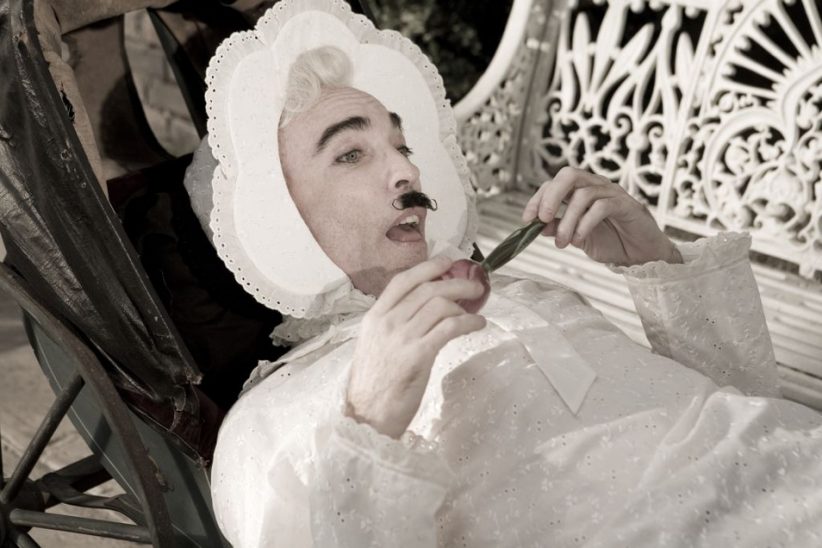 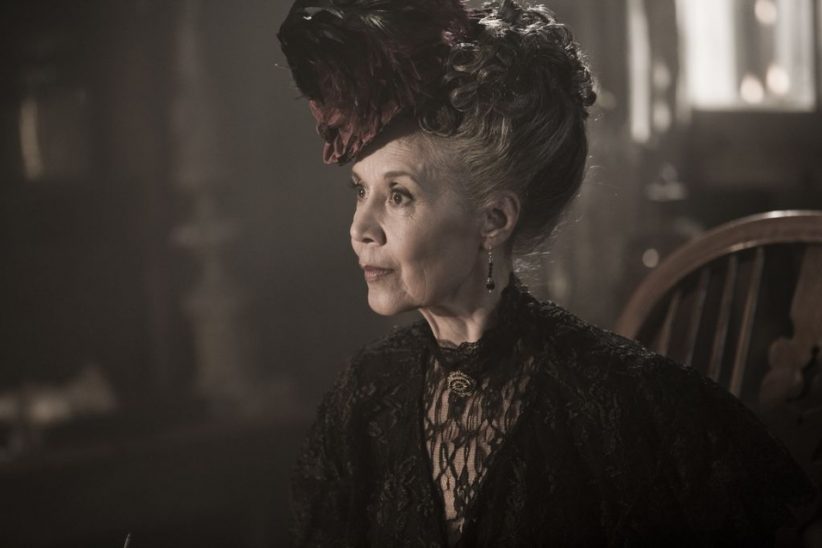 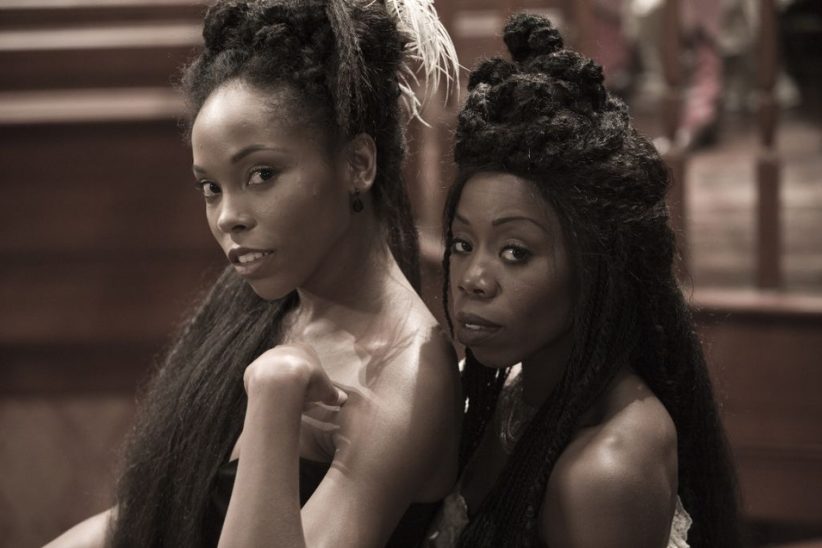 Dionne Figgins and Bethany Stronge as Muses from Louis film 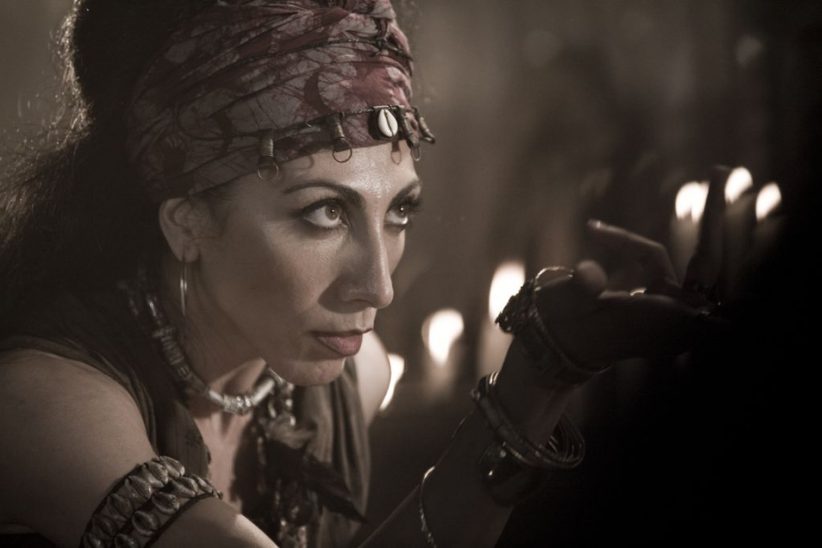 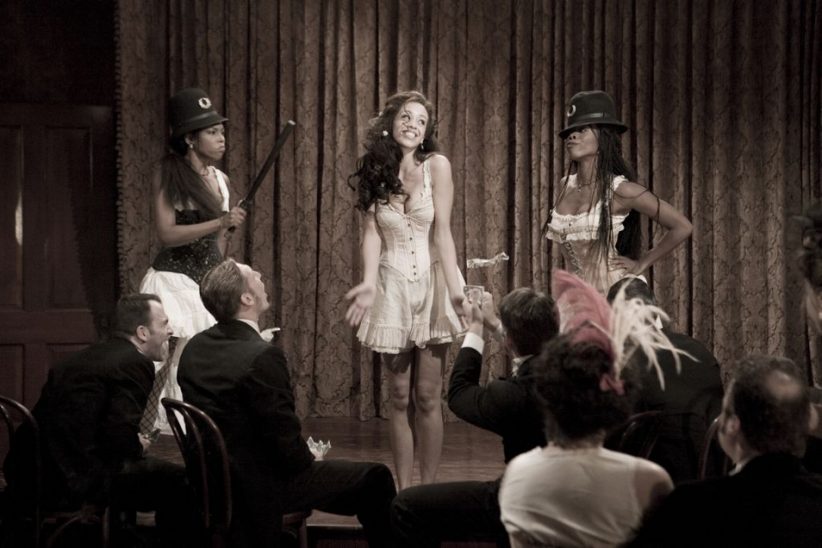 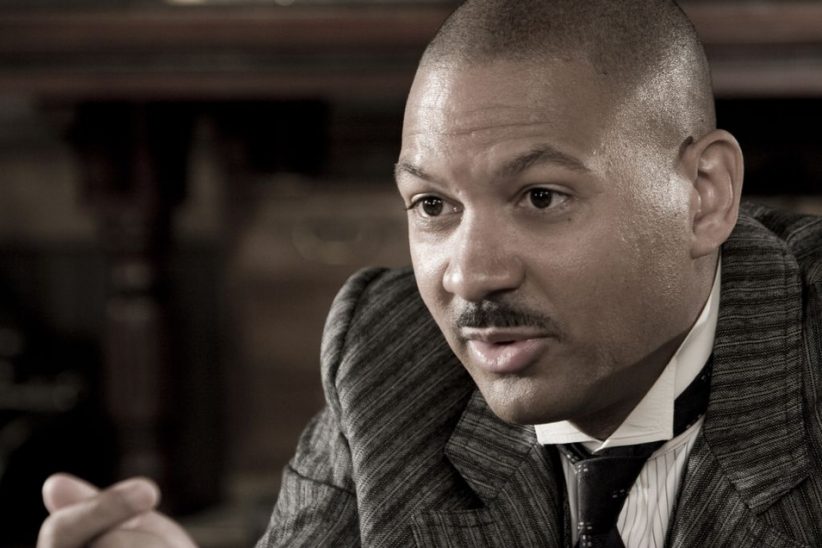 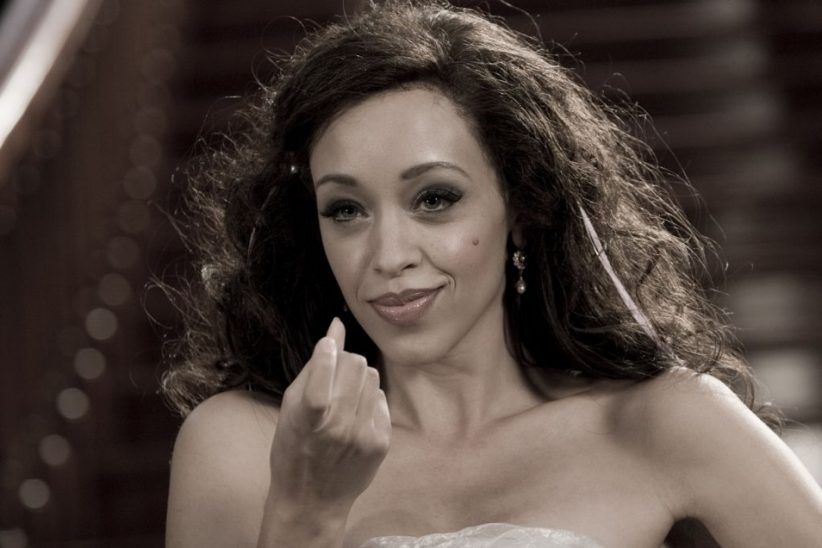 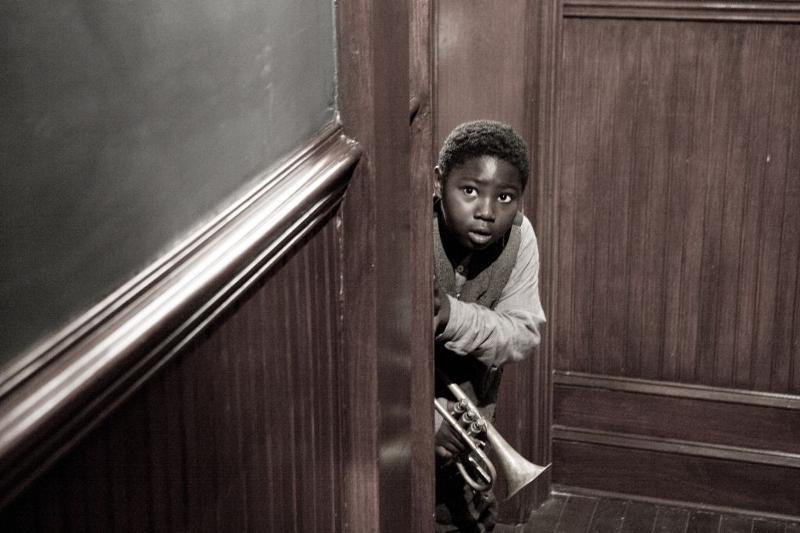 I wasn’t sure what to expect from the highly anticipated debut of Louis – a silent film with live musical accompaniment that debuted in Chicago’s Symphony Center on the evening of August 25th. Given the exquisite artistry I saw in the trailers, I thought it would be a biographical movie about the early years of trumpeter Louis Armstrong, with a sort of fantasy touch to it. I was partly right and very much surprised at the ride I was in for.

The film’s Director, Dan Pritzker, founding member of the band, Sonia Dada, was inspired back in 2001 to create a silent film, after seeing the Chaplin movie, City Lights, with live musical accompaniment by the Chicago Symphony Orchestra. He went about creating Louis, which is part Chaplin; part Keystone Kops, about a boy named Louis, “the story of a young boy born into poverty who dreams of playing the trumpet.” The film incorporated parts of Armstrong’s childhood story, into a very original plot. Academy award-winning cinematographer, Volmos Zsigmond, did a superb job in creating a film that was vibrantly colorful, yet had a look and feel of the old black and white movies. The score was written and performed by Wynton Marsalis and a 10-piece, all star jazz ensemble from the Lincoln Center Jazz Orchestra, with classical selections performed by renown pianist Cecile Licad.

The backdrop was the bawdy and lust-filled Storyville, New Orleans in 1907, where children born to prostitutes had to work to help feed the family. A time where prostitution, black magic, political corruption and jazz music ruled the day. A young Louis (Anthony Coleman), who sells coal by day, falls in love with two things: a flugel horn and a gorgeous, willowy prostitute named name Grace Lamennais (Shanti Lowry). The dilemma: How can he earn enough money to buy the horn when there’s mouths to feed, and how to warn Grace that there’s been a hex put on her by the Madame of a rival bordello. Jackie Earle Haley stole the show as the corrupt and evil Judge Leander Perry. His determination to keep a “secret” hidden and whose lust for power and beauty (Grace), were brilliantly acted out by his facial expressions and slap-stick movements. Hidden puns and unexpected humor were freely sprinkled about, and there was an incredible fantasy dream sequence that was brought alive by the musical accompaniment.

Which bring me to the other stars of the show: the musicians. Scored by trumpeter, Wynton Marsalis, the film also incorporated the music of Frederic Chopin, Louis Moreau Gottschalk, and Jelly Roll Morton, among others. Trombonist Wycliffe Gordon created the bawdy sounds of New Orleans and pianist Dan Nimmer never let his fingers leave the keyboard – keeping the stride going throughout. Pianist Cecile Licad’s classical artistry was brilliant and often times breathtaking. Gordon and Marsalis often provided the words we needed through their instruments and sometimes it was hard to take my eyes off them – so expressive were their notes. Also notable was Victor Goines on clarinet and the rest of the musicians. Big kudos to Andy Farber, who as conductor, had the music impeccably aligned with the story on the screen.

Louis will be traveling to selected cities around the country. For more information, visit the film’s web site. This is a one-in-a-lifetime, do-not-miss event.

Many jazz fans might be surprised to learn not only that there is a casino in Queens, N.Y. (the only such establishment within the borders … END_OF_DOCUMENT_TOKEN_TO_BE_REPLACED