The Louis Armstrong House Museum will honor Quincy Jones, Jay Hershenson, Dan Morgenstern and Grace Lawrence with its “Louie” award for their work to preserve and promote the cultural legacy of Louis Armstrong. The recipients will be feted at a gala event on December 11 and music will be provided by Vince Giordano & the Nighthawks.

Jones will be introduced by producer George Avakian. The event takes place at the Manhattan Penthouse, 80 Fifth Avenue in New York City. The cocktail hour begins at 6:00 p.m.; dinner and the awards ceremony follow at 7:15 p.m.

For more information about the museum, visit Louis Armstrong House.

About the Honorees (information provided via a press release)

Quincy Jones is an impresario in the broadest and most creative sense of the word. His career has encompassed the roles of composer, record producer, musician, film producer, arranger, conductor, instrumentalist, TV producer, record company executive, television station owner, magazine founder, and multi-media entrepreneur. Among the multitude of awards that he has received for his contributions are an Emmy Award, seven Academy Award nominations, the Academy of Motio Hersholt Humanitarian Award, 27 Grammy Awards, and is the all-time most nominated Grammy artist with a total of 79 nominations.

Dan Morgenstern is one of the most respected scholars in the history of jazz. He is a much-lauded jazz historian, author, editor and educator. After arriving in the United States in 1947, he became entranced by the music of Louis Armstrong, Hot Lips Page and others, and began to write about the music he loved. He eventually served as editor of Metronome, Jazz, and DownBeat magazines, staying with the latter for a decade. In l976, he became the first full-time Director of the Institute of Jazz Studies at Rutgers University, retiring in 2012. A prolific album annotator, Morgenstern has won eight Grammy Awards for Best Album Notes. His books Jazz People (1975) and Living With Jazz (2004) received ASCAP’s Deems Taylor Award. He has earned Lifetime Achievement Awards from the Jazz Journalists Association and Down Beat, and in 2007 was named a Jazz Master by the National Endowment for the Arts.

Jay Hershenson is the Senior Vice Chancellor for University Relations and Secretary of the Board of Trustees of The City University of New York, the leading public urban university system in the nation. He has served as Vice Chancellor since 1984 and has worked in senior level administrative positions for seven CUNY chancellors and with over 100 CUNY trustees since the mid-1970’s. He has served on numerous government and non-profit organization boards, including currently as Chairperson of the Marketing and Public Relations Committee of the Securities Industry and Financial Markets Association (SIFMA) and the Louis Armstrong House Museum. He is the co-founder of CUNY Citizenship Now!, the largest University program serving immigrants, and a co-founder of the New York Public Interest Research Group. Senior Vice Chancellor Hershenson has made a lifelong commitment to education and, in particular, to the use of higher education to positively transform lives.

Grace Lawrence is the Chairperson of the Board of Directors of the Library Action Committee of Corona-East Elmhurst, Inc. that is the advisory board to the Langston Hughes Community Library and Cultural Center. As a community activist in the 1980’s, she fought to keep the library from closing. Grace has been an active member of the Church of the Resurrection, East Elmhurst. Grace is Past President of the East Elmhurst-Corona Civic Association, a life member of the Corona-East Elmhurst Chapter of the NAACP and an executive member of Community Planning Board #3. She is a founding board member of Neighborhood Housing of Northern Queens and a longtime member of the Frederick Douglass Democratic Club. Grace has worked tirelessly to enhance the lives of youth and neighbors within the community. After more than 30 years of community service, Mrs. Lawrence has received many honors including ·the African American Heritage Certificate of recognition for outstanding service to the citizens of New York presented by US Senator Hillary Clinton in 2006.

Many jazz fans might be surprised to learn not only that there is a casino in Queens, N.Y. (the only such establishment within the borders … END_OF_DOCUMENT_TOKEN_TO_BE_REPLACED

In commemoration of Juneteenth and in light of current events in the United States, Quincy Jones issued a statement today (June 19) on behalf of … END_OF_DOCUMENT_TOKEN_TO_BE_REPLACED 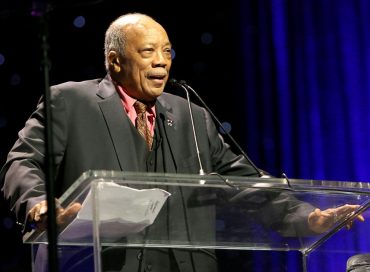