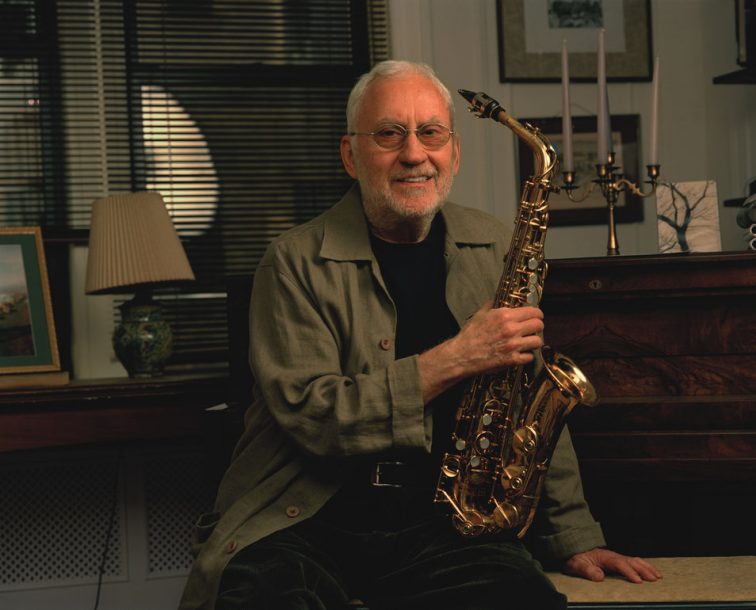 JAZZforum, hosted by the Felix A. Grant Jazz Archives at UDC, is a series of discussions and lectures involving distinguished musicians and scholars. The initiative has sponsored 13 events since its inception in 2009 including talks on Randy Weston, Butch Warren, Duke Ellington and John Coltrane.

In the first event of the 2011 – 2012 season, Lee Konitz will speak with DC area saxophonist Brad Linde and New York-based pianist Dan Tepfer. Their discussion will focus on Konitz’s celebrated career in music and his upcoming performance as a featured soloist with the Brad Linde Nonet, which will premiere a newly commissioned work composed by Tepfer at nearby Strathmore Hall.

The discussion at UDC and ensuing concert at Strathmore highlight Konitz’s continued influence as a performer and educator. In a press release received at JT, JAZZforum organizers note that Konitz is “still active and still challenging himself with new projects.”

Admission is free and open to the public. For more information, you can visit the: JAZZAlive Events website.

In late July, Dizzy’s Club at Jazz at Lincoln Center will be hosting a series of concerts in honor of the 2020 and 2022 inductees … END_OF_DOCUMENT_TOKEN_TO_BE_REPLACED