UPDATE 7/11/19: A second statement sent to JazzTimes by Kenny Burrell and a subsequent report in The Washington Post have added many more layers of complication to this story, which we will continue to follow.

Today (May 15), as the total amount raised for the “Support Kenny Burrell” GoFundMe page inched past the $150,000 mark—well beyond its initial goal of $100,000—a new message was posted on the page, attributed to the 87-year-old guitarist himself. It reads:

I sincerely want to thank all of you who have donated to our ‘Gofundme’ request. It is very much needed at this time. Your loving gifts have inspired us to become more giving and respectful of our fellow human beings. As God has shown us, when we help others, we also help ourselves.
In terms of the music, I am extremely grateful for all of your expressions of love and appreciation. I feel encouraged to continue to do my best.
I am also so very thankful for the help and care of my loving and devoted wife, who has worked hard to maintain a decent life for us, despite my medical setbacks and the legal and financial issues we are facing.
Thank you, everyone, for helping us get through this crisis. We will always be grateful to you for your love and caring.

With much love and good wishes,
Kenny Burrell

Directly below Burrell’s statement is a further message headed “Update from Kenny and Katherine” (Burrell’s wife). It reads:

The GoFundMe post described many of the issues facing us, and we would like to specify how your support will help. We will use funds from the campaign to pay for medical expenses related to Kenny’s care that aren’t covered by insurance. We will also pay credit card bills that have accumulated and become unmanageable. We will use the funds to pay legal bills and put the funds toward any judgment against us, in the event that that occurs. We also will use the funds to stabilize our housing situation, including possible relocation expenses.

Again, we are overwhelmed by the outpouring of love and support. We cannot thank you enough for your life-changing kindness, compassion, and generosity.

As previously reported by JazzTimes, the launch of the GoFundMe page last week and the depth of the financial hardships it detailed—including identity theft, bank fraud, and bills from ongoing litigation with the Burrells’ homeowners association—initially struck many observers as difficult to believe. This perception was furthered when Burrell’s employer, the UCLA School of Music, from which he has been on medical leave for the past two years, issued a statement in response to the GoFundMe campaign indicating that no one at the university had been aware of his situation. “UCLA,” the statement read in part, “is concerned and is looking into the circumstances of this matter.”

When asked if anything more had been learned by the university in the intervening days, a spokesman for the UCLA School of Music told JazzTimes, “Privacy policies and laws preclude us from discussing specific university employees, including faculty, staff and students, beyond what we confirmed in the original statement.”

Another factor adding to the confusion was that Burrell himself had not been heard from publicly until today, although JazzTimes has since learned that the guitarist had spoken directly to staff members at the Jazz Foundation of America (who issued their own statement about the campaign last Friday) and to a handful of longtime musical colleagues about the seriousness of the family’s situation and possible ways to remedy it.

Whatever lingering doubts there may have been did not deter nearly 3,000 people from donating to the GoFundMe page within five days. A small sampling of contributors includes such illustrious names as Branford Marsalis, Pat Metheny, Dave Grusin, Henry Grimes, and the owners of the Village Vanguard in New York, where Burrell recorded his landmark 1959 album A Night at the Vanguard.

In commemoration of the legendary label’s 80th anniversary, Blue Note Records has been re-releasing landmark recordings throughout 2019 every few months from artists such as Kenny … END_OF_DOCUMENT_TOKEN_TO_BE_REPLACED 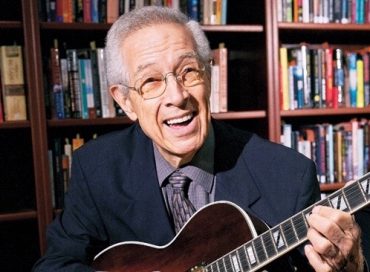 UPDATE 7/11/19: A report in The Washington Post on July 10 has added many more layers of complication to the Kenny Burrell GoFundMe story, which we … END_OF_DOCUMENT_TOKEN_TO_BE_REPLACED 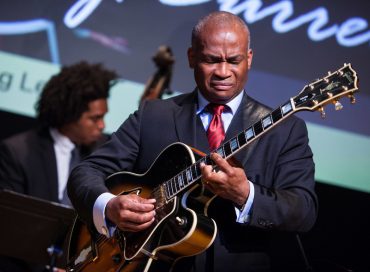