Eighteen months, 50 states and 69 cities after launching its Arts in Crisis tour, the Kennedy Center is finally bringing it all home.

From July 18-20, the Kennedy Center’s own Millennium Stage will be hosting a sequence of free performances entitled “An American Playlist: Three Evenings Celebrating the Performing Arts.” The series will be the culminating event for the national tour launched by the Center’s president, Michael Kaiser, in March of 2009 in an effort to address problems facing arts organizations amidst ongoing economic troubles.

Each performance will begin at 6 p.m. and revolve around a different theme, with the first and third being held in the Concert Hall and the second night in Eisenhower Theater.

The first event is “An Evening of Music and Verse,” during which MC Black Thought and drummer ?uestlove of The Roots will join forces with D.C. go-go band Mambo Sauce to host some of the nation’s top young spoken word artists in performances of their original work. These high school and college students hail from across the country, everywhere from Hawaii to New Orleans to New York, and also include two young artists from India.

The second night is “An Evening of Dance and Jazz,” hosted by Branford Marsalis and featuring performances to live jazz by members of The Suzanne Farrell Ballet, Evidence A Dance Company and D.C.-based tap dancing group the Manzari Brothers.

Marsalis will also perform on the final night, “An Evening of Classical Works and Popular Song,” along with opera singer Harolyn Blackwell, Smokey Robinson, John Mayer and the National Symphony Orchestra.

One of the goals of the event is to reflect the creative and geographic diversity Kaiser saw on his tour, said Garth Ross, director of Performing Arts for Everyone, the division of the Kennedy Center responsible for planning the Millenium Stage’s nightly free shows. “Each evening is a microcosm, a cross section of creators,” said Ross.

The second night in particular, Ross explained, is meant to be a choreographic response to the cultural importance and uniquely American sound of jazz – meant “to show jazz music in dialogue with dance,” he said.

All of this comes literally on the heels of Kaiser’s road tour, which officially wraps up this week with visits to Wyoming, Colorado, Utah and Idaho, according to Kennedy Center spokesperson John Dow. Throughout the tour, Kaiser has attended a discussion in at least one city in every state and Puerto Rico. In each discussion, Kaiser has been interviewed by a local arts leader and participated in a Q&A open to the public so that his recommendations can be tailored to the needs of the specific community.

The broader project of Arts in Crisis is to provide emergency planning assistance to arts organizations through free consulting, Dow said. Since last year, the program has been pairing about 800 arts organizations with over 140 volunteer mentor groups, matched for overlapping interests and goals. In the coming months, Arts in Crisis will build upon these efforts by creating “regional capacity building programs” to offer training in management, board development, strategic planning and other elements of arts programs, reaching cities including New York, Chicago and D.C., according to Dow.

Both Ross and Dow asserted that the Kennedy Center’s work with arts programs has ultimately given a positive impression of America’s creative climate. “One thing that has remained clear through all of this is that arts programs have remained resilient,” Dow explained.

“Michael has been inspired by the vitality and resilience of all these artists and organizations,” Ross said. The point of the “American Playlist” event, he added, is to “celebrate this project” and “see how strong the American artist still is.”

Although the performances are free, a separate ticket is required to attend each evening. Tickets were distributed first-come, first-serve at the Kennedy Center on July 10, but remaining tickets will be available at the box office up until the event. The Center will also broadcast the performances live in the Grand Foyer for those who are unable to purchase a ticket, and stream the July 18 and 19 performances on the Millennium Stage web site. 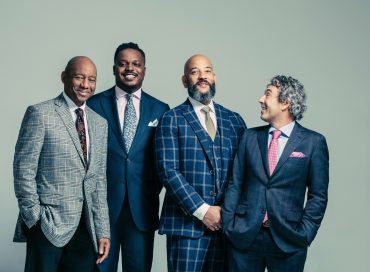 The Branford Marsalis Quartet, whose album The Secret Between the Shadow and the Soul was nominated for two 2020 Grammy Awards, will perform selections from … END_OF_DOCUMENT_TOKEN_TO_BE_REPLACED

The John F. Kennedy Center for the Performing Arts will mark its first expansion on September 7-22 with the REACH Opening Festival, featuring more than … END_OF_DOCUMENT_TOKEN_TO_BE_REPLACED

The National Endowment for the Arts will honor this year’s Jazz Masters—Bob Dorough, Abdullah Ibrahim, Maria Schneider, and Stanley Crouch—with a series of Washington D.C.-based … END_OF_DOCUMENT_TOKEN_TO_BE_REPLACED