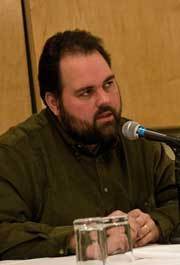 While in New York, Jackson also co-founded Joyride Media and was an associate producer for Murray Street Productions. Prior to WBGO he held various positions at WWOZ -FM in New Orleans.

“This new position puts me on a different track within public broadcasting,” Jackson told JazzTimes. “Coming to WVTF-RADIO IQ was the right move for my career and my family, and the opportunity arrived at a natural pivot point. I am proud of my efforts to support the music. I am honored to have connected with audiences via WBGO, National Public Radio and public media outlets nationwide through projects like The Checkout, Live at the Village Vanguard, The Checkout: Live and the many documentary productions of Joyride Media. “