Pianist Jon Batiste, who made his first appearance at New York’s storied Café Carlyle in September, returns to the Upper East Side cabaret for a four-night engagement February 18–21.

Probably best known as the bandleader and musical director for The Late Show with Stephen Colbert, Louisiana native Batiste is also an accomplished jazz musician and the scion of a celebrated New Orleans musical family. He has released three albums with his band Stay Human (now the Colbert house band), and in 2018 released his first solo recording, Hollywood Africans, which was nominated for both a Grammy and an NAACP Image Award.

Café Carlyle is the in-house café for the Carlyle, a Manhattan hotel with a deep musical history. Built in 1930 as a residential hotel, the building’s first tenant was legendary songwriter Richard Rodgers. (Later residents included President John F. Kennedy, who kept a room on the 34th floor for a decade, and Rolling Stones leader Mick Jagger.) The café opened in 1955, from its beginnings maintaining a cabaret-style ambiance and programming. The famed jazz singer/pianist Bobby Short was in residence at the Café Carlyle for 36 years (1968–2004); currently, legendary comedian and filmmaker Woody Allen performs there every Monday night with the Eddy Davis New Orleans Jazz Band.

Batiste will perform each evening at 8:45 p.m. Admission comes with a two-course dinner requirement for each guest.

More information can be found at Café Carlyle’s website.

The first African-American composer to win an Academy Award for Best Original Score was Herbie Hancock, who contributed music to the late Bertrand Tavernier’s classic … END_OF_DOCUMENT_TOKEN_TO_BE_REPLACED

From October 30 to November 4, 2018, the pianist, singer, composer, and bandleader Jon Batiste played a six-night residency at New York’s Village Vanguard. Those who couldn’t be there in person will soon be able to get a taste of what went down, thanks to Verve Records. Six recordings from those fall shows will be … END_OF_DOCUMENT_TOKEN_TO_BE_REPLACED
To access this content, you must purchase JazzTimes Membership. 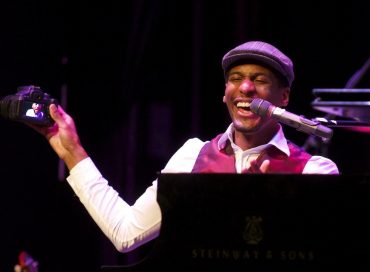 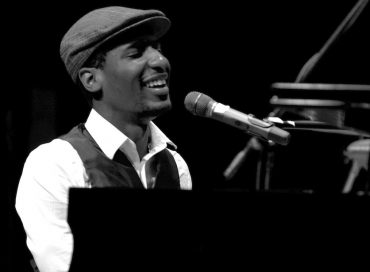