“John Coltrane Radio,” which will be hosted by Carlos Santana, as well as his wife, musician Cindy Blackman-Santana and Coltrane’s son, saxophonist Ravi Coltrane, will feature the music spanning Trane’s career, including his over 100 albums, performances and music from his years playing with Miles Davis and Thelonious Monk.

The channel will also feature performances by the Asian-American Jazz Orchestra and Devin Philips recorded at the Portland Jazz Festival, as well as a special tribute performance by Roy Haynes and his Fountain of Youth Band recorded at the SiriusXM studios in New York.

Additionally, listeners will hear musicians such as Haynes, Hugh Masekela and Stanley Clarke share personal stories and memories about Coltrane. 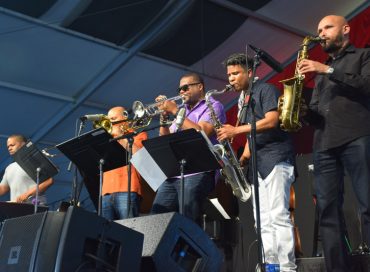 SiriusXM is launching a new monthly, two-hour performance show, Live from SFJAZZ, on Real Jazz channel 67. The show, which is hosted by the San … END_OF_DOCUMENT_TOKEN_TO_BE_REPLACED