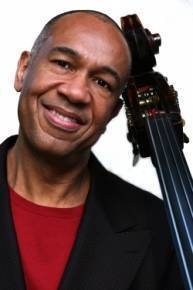 Grammy-winning bassist and jazz education enthusiast John Clayton has been announced as the composer for the Jazz Band of America, part of the 2012 Music for All National Festival. The festival in Indianapolis takes place from March 15 to 17 and the Jazz Band of America will take the stage at Clowes Memorial Hall on Friday evening, March 16.

The performance, as well as the process leading up to the festival, is very much an educational experience for the students involved, which has a lot to do with why someone as influential and experienced as Clayton was chosen as composer. Clayton has participated as art director for the Vail Jazz Workshop, a role that involves choosing talented students from across the nation for a week of jazz workshops. These types of festivals have become a common activity for Clayton, who sees the role of band leader as a great opportunity for both him and the students. “It’s going to be a band of top students who are hungry and eager to play,” he says. “That’s a bandleader’s dream.”

Music for All is joined by the Jazz Education Network in selecting talented leaders, like Clayton, as well as selecting the high school students who will comprise the bands. Music for All’s marketing coordinator, Kristin Conrad, explains the process as a search for high school students who want to do what they love and “immerse themselves in music for the weekend, alongside other students who wish to do the same.” The high school students who will comprise the Jazz Band of America 2012 group all sent in both hard copy applications and audition recordings and Conrad is confident that all of their hard work will pay off. “Mr. Clayton’s experience in the jazz world and his knowledge and talents will provide an absolutely unforgettable experience for the student participants,” she says.

Other bands participating in the 2012 Music for All National Festival include the Honor Band of America, conducted by Col. Lowell Graham, Chairman of the Music Department at the University of Texas at El Paso; and the Honor Orchestra of America, conducted by Larry J. Livingston, Music Director at the University of Southern California. “The more the merrier, when it comes to jazz,” says Clayton. “Events like this one are going to bring together musicians who will end up encountering each other for the rest of their lives.”

Rehearsals with Clayton will take place during the three days leading up to the performance on March 16 and he is eager to make an impact on the lives of these rising stars in the jazz world. “I want these young people to leave our festival with a clearer understanding of the path, the journey to embracing this incredible life as a musician. I want them to feel comfortable in their skins as artists expressing themselves through their music, working in a focused manner, understanding the freedom in career and life choices that come with a heightened level of knowledge and ability.” 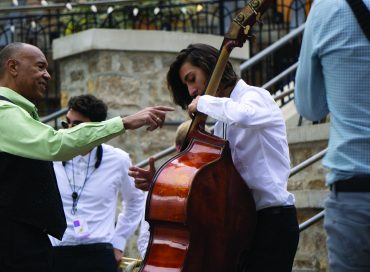 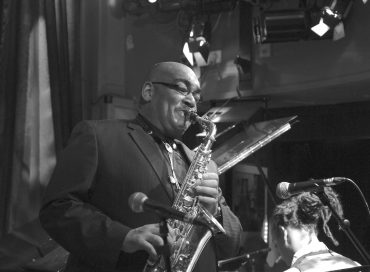 When I tell people that for seven days, I’m watching as many live streams of jazz shows as I can, they ask, “Where do you … END_OF_DOCUMENT_TOKEN_TO_BE_REPLACED