Jeff Goldblum has announced his second studio album, I Shouldn’t Be Telling You This, which includes guest turns from some other famous faces.

It follows the actor’s 2018 debut, The Capital Studios Sessions, recorded with the Mildred Snitzer Orchestra and released on the legendary Decca Records label. That record was the No. 1 jazz album in both the United States and the United Kingdom. Loose and playful, the album earned Goldblum accolades for not taking the genre too seriously.

Goldblum first hinted at the new album on stage after an electric live set at Glastonbury earlier this summer. An accomplished pianist, Goldblum steps away from the keys to sing “Little Man, You’ve Had A Busy Day.” That track was originally released in 1934 on Decca.

Joining the actor on the record is Anna Calvi, Fiona Apple, Sharon Van Etten, Gina Saputo and two other stars who are yet to be announced.

Some of the other tracks the Hollywood icon takes on include: Wes Montgomery’s “Four on Six,” 1954’s “Don’t Worry ‘Bout Me” by Frank Sinatra, Herbie Hancock’s “Driftin’” and Lalo Schifrin’s “The Cat.”

I Shouldn’t Be Telling You This will be available on Nov. 1.

Jazz at Lincoln Center and JazzTimes announced that NEA Jazz Master, pianist, composer, and educator Dr. Barry Harris is the recipient of the 2020 Bruce … END_OF_DOCUMENT_TOKEN_TO_BE_REPLACED 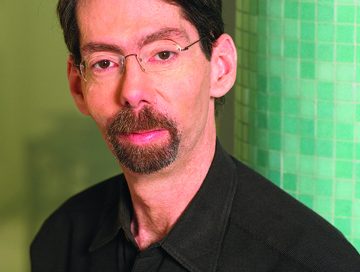