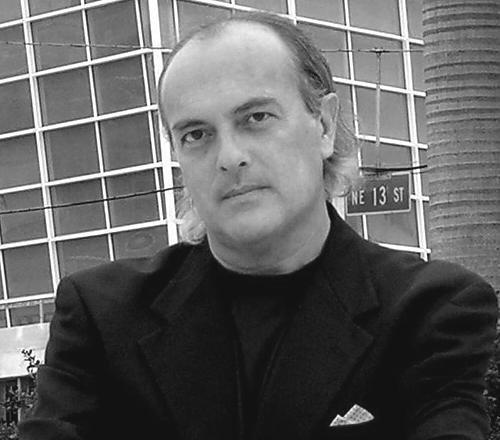 Noted jazz and Latin music writer Fernando Gonzalez is launching a new one-hour radio show on 88.9FM WDNA in Miami. The show “Jazz With an Accent” will feature jazz from around the world, including music informed by flamenco, tango, African music, the European classical tradition, bomba y plena, and other international genres. The show will air every Wednesday at 7 pm EST and can be heard via streaming audio on the station’s website.

Gonzalez, a frequent contributor to JazzTimes during the last few years, says that it’s been awhile since he’s been on the air as a radio host, going back to the days when DJs spun LPs, rather than CDs or even digital files. “Many, many moons ago, I had done a radio show, an AM station back in Boston,” says Gonzalez. “This was one of those radio stations that sold times to brokers. They hired me as a monitor because they had a number of shows that were in Spanish and obviously they didn’t understand what was going on so they needed someone to make sure that the FCC wouldn’t close the station! Anyway, there was some free time on Friday nights that nobody bought so they said, ‘Do you guys want to run something?’ and with a friend of mine we did a show.”

Gonzalez says that with all his coverage of the international influences in jazz for this magazine, as well as for the Miami Herald, Washington Post, Boston Globe and Jazziz, he felt that it was the right time to get back in the booth. “I’ve been following this particular strand within jazz for the past few years,” he explains, “and I really think this is perhaps one of the most important developments in jazz. This idea, not just of globalization, but that jazz has become a lingua franca in the world. Different people are using it as an instrument to tell their own stories, to rework their own music.”

He adds that the aural aspect of radio really clinched the deal for him. “As anybody who has written about music knows, it is one thing to tell someone how their music sounds, but another thing just to play it and share it with someone. This came out of the conversation with the station’s manager and I thought it was a good opportunity to do it. Why not?”

Why not indeed. Although the focus of the show seems specific, the reality is that the international influence in jazz is much much broader than is generally recognized. How will he deal with that diversity which can be as big a liability as an asset? “Well, it’s interesting that you say that. We’ve already scheduled the first nine shows and, for example the show that we’re going to do next week is about standards and the idea is not only the American standards done from the perspective of, let’s say, a flamenco jazz pianist like Chano Dominguez or an Argentine pianist with a tango perspective, but vice versa-the idea of doing a jazz treatment to some Latin American standards, as I discussed in the column I did for the magazine some months ago. You can do the sound of the big bands around the world. There are so many areas around this – it is very broad. Let’s just say that there will never be a lack of material.”

The show will likely be programmed with themes. “Yes, that’s the way it has worked out,” Gonzalez confirms. “And I’ll also be bringing into that some personal commentary, because I’ve talked with some of these guys and hopefully give some insight because in many cases I’m aware that for some people this might be the first time they are hearing these guys.” But not too much talk, right? We’ve all grown weary of those jazz DJs in love with their own voice and knowledge. “Absolutely right, you hit the nail right on the head. On the one hand you want to give information to get people interested but on the other hand, you just want to get out of the way and let the music play… because they’re not just listening to you … hopefully the music is the interesting part.”

Asked about jazz radio hosts whom he’s admired and can use as some sort of role model in this new venture, Gonzalez goes back to his days in Boston. “I think the one that I remember most was Jose Masso, a longtime DJ in Boston who had a Latin show,” he says. “He had a perfect pitch in terms of being friendly enough, but also informative enough. And Steve Schwartz [at WBGH]. He’s also very low-key. He lets the music play and he lets you know what you need to know and that’s it.” Gonzalez also cites Boston-based James Isaacs and Eric Jackson as DJs from whom he’s learned a great deal.

Gonzalez sees the likely audience for the show as not being limited by fans of Latin jazz or international music. “What you want is someone that is curious, that is interested, that is intrigued,” he explains. “I think the interesting thing would be someone who might just be curious and would say, ‘Wow, I never heard this thing before.’ Really, it’s the same audience we want in the magazine-someone who wants to learn.”

Although he’s toyed with the idea of doing a show about jazz in the US in Spanish, he’ll be sticking to English for now. “There’s a segment of the United States population that is a little bit like me-who’s bilingual and bicultural. We can listen to jazz, we can listen to other stuff, speak Spanish and read Spanish web papers but at the same time be involved in American English-speaking life, but the catch with doing a show in Spanish is: Who starts with it? How do we start?”

Jazz fans from anywhere on the globe can start by tuning in to hear Gonzalez and “Jazz With an Accent” on WDNA’s website, every Wednesday night at 7 pm EST.

The Bayfront Jazz Festival will kick off its inaugural edition in Miami’s Bayfront Park on April 30 (International Jazz Day) and May 1. Appearing over … END_OF_DOCUMENT_TOKEN_TO_BE_REPLACED 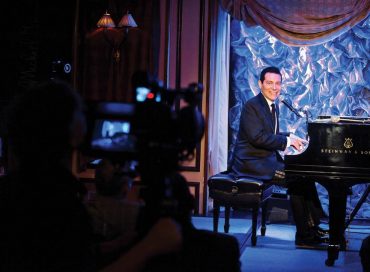