“Jazz: The Birth of Cool,” an exhibition featuring photographs of jazz icons on and off stage, opens to the public on April 26 in New York City, Los Angeles, and Maui.

Coinciding with Jazz Appreciation Month, the exhibit has images of Art Blakey (pouring it all out onstage in a photograph by Herman Leonard) and the Rat Pack (in a shot acquired from the Frank Sinatra Estate), among many others. Featured photographers include Glen Craig, Don Huntstein, Art Kane, Herman Leonard, Ken Regan, Joseph A. Rosen, Timothy White, Leigh Wiener, and Francis Wolff.

At all three gallery locations, attendees will have the opportunity to purchase exclusive items commemorating the exhibit. Among them are deluxe copies of Art Kane: Harlem 1958, the monograph by Jonathan Kane (Art’s son), Quincy Jones, and Benny Golson commemorating the historic date when Art Kane gathered 57 jazz icons in Harlem for his first professional shoot for Esquire magazine (also known as “A Great Day in Harlem”). Each copy of the book will include a signed and numbered limited-edition fine art print and commemorative poster.

For more information about the Morrison Hotel Gallery, visit its website.

There’s no doubt about it: The COVID-19 pandemic has hampered your ability to celebrate your favorite jazz artists. You can’t go see them play; yes, … END_OF_DOCUMENT_TOKEN_TO_BE_REPLACED

British photographer William Ellis, whose work can be seen in the permanent collections of the American Jazz Museum and the National Portrait Gallery London, among … END_OF_DOCUMENT_TOKEN_TO_BE_REPLACED 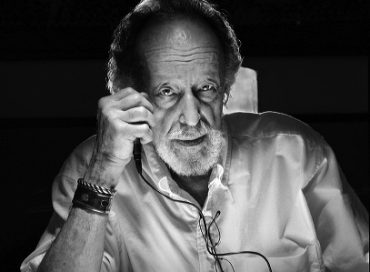 On Thursday, September 28, 2017, the exhibit “Herman Leonard: Pillars of Jazz” will open at the 1st Street Federal Courthouse in Los Angeles. The exhibit, … END_OF_DOCUMENT_TOKEN_TO_BE_REPLACED