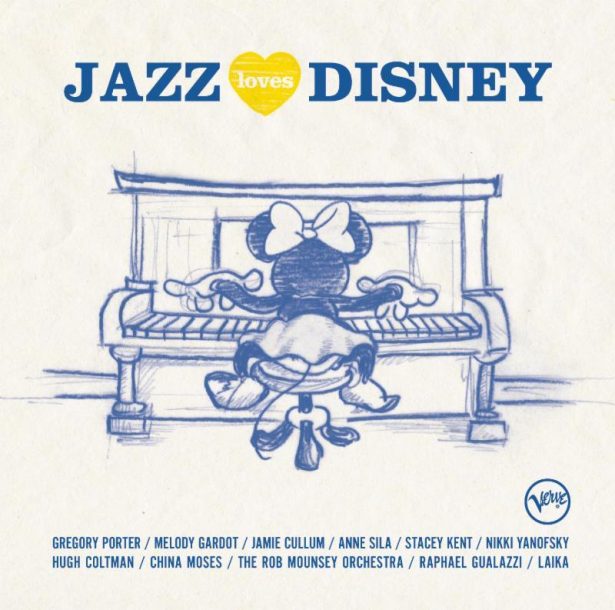 "Jazz Loves Disney" is due out Nov. 18 on Verve

On Nov. 18, Verve will release Jazz Loves Disney, a 13-track album of classic Disney tunes from Cinderella, Lady and the Tramp, the Jungle Book and more that have been “given the big-band jazz treatment,” according to a press release. The album, which “celebrates classic Disney magic and Walt Disney’s love for jazz,” was recorded between Paris, London and Los Angeles, and features such artists as Gregory Porter, Melody Gardot, Stacey Kent, Jamie Cullum and the Hot Sardines, among others.

According to the release, “Walt Disney loved jazz and paid great attention to the writing of the music accompanying his heroes’ adventures. Dedicated teams wrote and performed these essential songs that carried the emotional messages of beloved characters.”