Jazz House Kids, the dynamic and growing community arts organization, had just eight students when it first launched in Montclair, N.J., in 2002. Founded by Melissa Walker, a jazz vocalist and educator, the organization has since served more than 50,000 young people, who have performed for over half a million music fans.

On April 17, Jazz House alumni, along with several special guests, will celebrate the 60th anniversary of what arguably still stands as jazz’s most creative year—1959—by performing tracks from six seminal albums recorded six decades ago.

“The 60th Anniversary of the Most Influential Year in Jazz” concert and dinner will be the focal point of the group’s 2019 Spring Gala. The event is set for 6 p.m. at City Winery, located at 155 Varick St. in New York City.

McBride, who is both Jazz House Kids’ artistic director and Walker’s husband, brought together the alumni, special guests, and other players for this performance. The Grammy-winning bassist said the evening will explore jazz’s past with some musicians who will help form its future.

“From Miles Davis’ desire to break free from the status quo … to Ella Fitzgerald’s landmark songbook series, and ultimately Ray Charles, who proved that the lines between jazz and R&B can be blurred, we will explore the beats and rhythms that changed the genre of jazz as a whole,” he said.

Proceeds from the evening benefit Jazz House Kids, which got its start after Walker was invited into Newark Public Schools to offer a special, jazz-themed program. Since then the group has blossomed by offering lessons, mentorship, and much more to students.

“Ninety percent of students in the program have not had access to music education before high school,” Walker told JazzTimes, “and we’re doing our part to support this effort in an underserved community that really needs all the help we can give it.”

This year’s gala will highlight the group’s recent move into New York City; details of a new partnership with City Winery and its founder, Michael Dorf, to launch the new Jazz House Music Club will be unveiled. Its inaugural venture will support a music program at the Grand Street Campus public high schools in Brooklyn, providing private lessons, mentoring, and instruction.

The evening will also feature a tribute to one of the musicians who performed on Kind of Blue. Drummer and NEA Jazz Master Jimmy Cobb, who helped define the postbop of the 1950s and ’60s, is set to receive Jazz House Kids’ Jazz Luminary Award. Other honorees that night will include John Schreiber, president and CEO of the New Jersey Performing Arts Center, and two students. One of the latter will receive the James Moody Jazz Scholarship for New Jersey, chosen by Linda Moody, wife of the award’s late namesake, a Newark native and saxophone giant; the other will be awarded the Jazz House Kids Musician of Distinction Award, a merit-based award granted to a young musician who participates in the Jazz House Kids Music Club or a program at the Jazz House in Montclair.

In addition to the gala, Jazz House Kids is looking forward to the 10th anniversary of its Montclair Jazz Festival. Launched as a summer workshop, this year’s event includes nine big bands and performers such as Joey DeFrancesco. The two-week festival is set for July 26 through Aug. 10.

With these milestones on the horizon, Walker said the group’s core mission of education, mentorship, and musicianship remains unchanged.

“When you build a jazz house, you’re building a child’s future,” she said.

The Montclair Jazz Festival has announced its series of summer concerts to be held in downtown Montclair, N.J. The festival, which is produced by the … END_OF_DOCUMENT_TOKEN_TO_BE_REPLACED 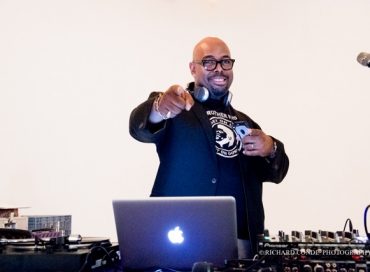