The Institute of Jazz Studies (IJS) at Rutgers University in Newark, N.J., has appointed internationally acclaimed historian, writer, and educator Dan Morgenstern as its executive director emeritus and has named a yearlong fellowship in his honor to celebrate his 90th birthday and significant contributions to jazz scholarship. The tribute will continue in the spring with a symposium on Morgenstern’s life and legacy.

IJS will make the official announcement of all this during a birthday bash at Birdland Jazz Club in New York City today (October 23) at 5:30 p.m. The event is open to the public. Tickets can be purchased on Birdland’s website.

Morgenstern served as director of IJS for 36 years, 1976-2012. In addition to his directing of the Institute, Morgenstern has been the editor of DownBeat, Metronome, and Jazz magazines. He also served as jazz reviewer for the New York Post and record reviewer for the Chicago Sun-Times. He has written hundreds of articles; co-authored or contributed to numerous jazz books; taught jazz history at the Peabody Institute, Brooklyn College, New York University, and the Schweitzer Institute of Music, as well as Rutgers-Newark; co-produced and co-hosted the Jazz from the Archives program on WBGO-FM; and co-hosted the monthly Jazz Research Roundtable at Rutgers-Newark. Among the many awards he has received over his long career are eight Grammy Awards, the latest in 2010 for his album notes for the Mosaic box set The Complete Louis Armstrong Decca Sessions (1935-1946).

“Dan Morgenstern is literally a national treasure and was the guiding force at IJS for almost four decades,” said IJS executive director Wayne Winborne. “His desire to preserve the legacy of jazz while firmly planted in the now and looking toward the future is surpassed only by his keen intellect, incredible memory, and pure love for this music, the musicians who created it, and those who continue to practice its magical arts.” 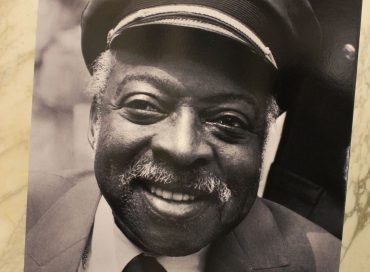 The Institute of Jazz Studies (IJS) at Rutgers University-Newark, in New Jersey, has acquired a collection of nearly 1,000 artifacts that belonged to the late … END_OF_DOCUMENT_TOKEN_TO_BE_REPLACED Institute of Jazz Studies to host “George Avakian: A Life in Music” on Dec. 7 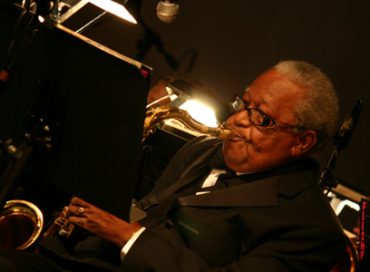 The American Jazz Museum in Kansas City, Missouri, paid tribute to Duke Ellington, with a two-day celebration in honor of his 111th birthday. In addition, … END_OF_DOCUMENT_TOKEN_TO_BE_REPLACED