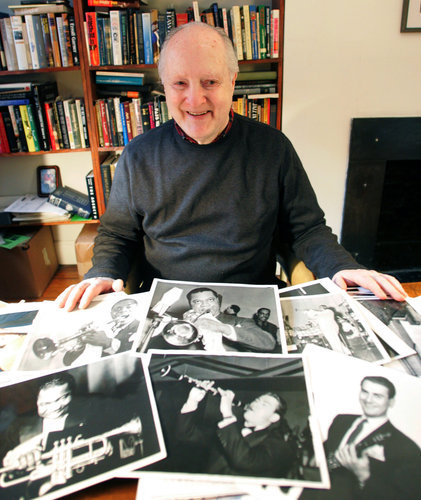 Jazz at Lincoln Center has announced that it has acquired the jazz photo collection of the late Frank Driggs, one of the most extensive in the world. In addition to photographs, the Frank Driggs Collection includes posters, sheet music, records and Driggs’ personal papers.

Originally an amateur trumpeter, Driggs began acquiring images in the early 1950s, but, according to a press release from JALC, “During the second half of the decade he started to collect artifacts in earnest … Driggs became an executive at Columbia Records and later, worked for RCA Victor. His specialty was jazz reissue projects that included Count Basie, Bix Beiderbecke, Cab Calloway, Lionel Hampton, Billie Holiday, Charlie Parker, Art Tatum, Fletcher Henderson and Lester Young. During the 1960s, Driggs … brought Robert Johnson’s music to a mass market for the first time … From 1977 forward, administering the Frank Driggs Collection became his primary occupation. Driggs was still at it when he died on September 20, 2011.”

The release further states, “During this last part of Driggs’ career, he became involved with Jazz at Lincoln Center. The organization relied on Mr. Driggs for materials to use in its education publications and especially its Duke Ellington events, including the year-round high school band program Essentially Ellington. Photographs and posters from the Frank Driggs Collection have been featured in Jazz at Lincoln Center’s offices, public events and publications since the 1990s. Because Jazz at Lincoln Center and Driggs worked so well together, the organization is a logical repository for his collection.”

In late July, Dizzy’s Club at Jazz at Lincoln Center will be hosting a series of concerts in honor of the 2020 and 2022 inductees … END_OF_DOCUMENT_TOKEN_TO_BE_REPLACED

Jazz at Lincoln Center announced the winners of the Jack Rudin Jazz Championship, which was held April 19-20 at the organization’s Frederick P. Rose Hall … END_OF_DOCUMENT_TOKEN_TO_BE_REPLACED

As a result of the rapid spread of the Omicron variant of the coronavirus, several jazz organizations and presenters have had to pivot and reschedule … END_OF_DOCUMENT_TOKEN_TO_BE_REPLACED