The John F. Kennedy Center for the Performing Arts in Washington, D.C., on Monday announced the participants in the 20th year of Betty Carter’s Jazz Ahead, its international jazz residency program for emerging artists and composers. This year’s class includes 25 young musicians from the United States, Israel, Russia, Canada, Germany and the U.K., selected through a competitive audition process that was open to young jazz artists and composers from their mid-teens to age 25.

For nearly two weeks these artists will work on honing their skills in performance, composing and arranging, under the guidance of Kennedy Center Artistic Director for Jazz Jason Moran—himself an alum of the Jazz Ahead program—and a faculty of seven other jazz artists who, like Moran, were mentored by legendary vocalist and Jazz Ahead founder Betty Carter. The faculty includes vocalist Dee Dee Bridgewater, trumpeter Darren Barrett, pianist Xavier Davis, drummer Ralph Peterson, bassist Reuben Rogers, saxophonist Mark Shim and guitarist Mark Whitfield.

The program this year will take place May 29-June 9, with the 2018 graduates performing three concerts of their original compositions at 6 p.m. June 7-9 at the Kennedy Center’s Millennium Stage. The free performances will be broadcast live on the Kennedy Center’s website and archived for future viewing. 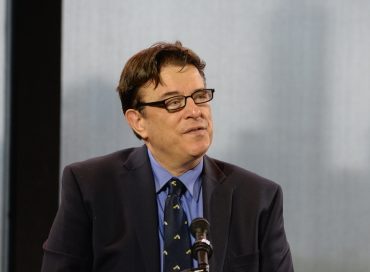