Jessica Felix, founding artistic director of the Healdsburg Jazz Festival, will retire from the position she has held since 1999 at the end of September, the California-based festival announced in an August 4 statement.

Renowned as an innovative promoter, Felix began her jazz career four decades ago—long before she established the Healdsburg Festival. In 1978, the onetime jewelry maker entered the jazz world by way of a job taking tickets at San Francisco’s Keystone Korner. She parlayed that gig into higher-profile work as a producer of jazz concerts, first at her own house in Oakland and then beyond. Her noteworthy bookings, many of them firsts on the U.S. West Coast, included a Dave Liebman-George Cables duo, Billy Hart, Lester Bowie, Clifford Jordan, Don Cherry, Dewey Redman, and countless others. In 1996, she organized a benefit concert to fund iconic drummer Billy Higgins’ liver transplant; participants included John Handy, Bobby Hutcherson, Joe Henderson, Charles Lloyd, Julian Priester, Cedar Walton, and Tony Williams.

Moving to Healdsburg (in Sonoma County, about an hour’s drive north of San Francisco) in 1994, Felix founded the festival there five years later. It quickly gained a reputation for cutting-edge programming, with groundbreaking performances by Fred Hersch, Pharoah Sanders, Jack DeJohnette, Geri Allen, Joe Lovano, Charlie Haden, Pete Escovedo, Randy Weston, and Julian Lage, as well as many of the other artists mentioned above.

Within a few years, Felix had transformed a small town in northern California into one of the premier jazz destinations on the West Coast.

Now, however, she is ready to pass the baton. “I want to relax, travel, socialize and make my jewelry again,” she said in the Healdsburg Jazz Festival’s statement. “It’s time to be in the audience. It’s time to just enjoy my life.”

Meanwhile, the festival she created will go on. Its new artistic director will be announced in the coming weeks.

For more information on the Healdsburg Jazz Festival, visit its website. 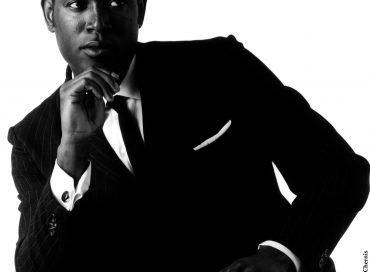