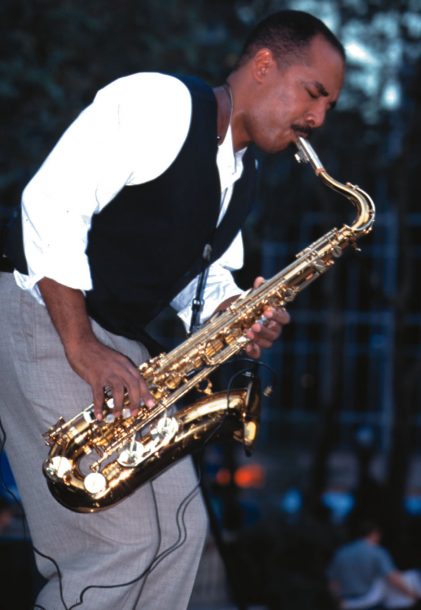 The Harvard Jazz Band will perform this Saturday, April 13, with guest appearances by two alumni, saxophonist/composers Joshua Redman (class of 1991) and Don Braden (1985), who will conduct. Also featured are Aaron Goldberg (’96), piano; Ron Mahdi, bass; and Yoron Israel, drums. Tom Everett, who retired on February 15 this year after serving Harvard University as Director of Bands for over four decades, will be the guest of honor at this concert, which takes place at Sanders Theatre at 8 p.m.

The event, titled “Play It Forward: Celebrating Tom Everett,” will include music selections representing Everett’s association with the Harvard Jazz Bands, which he founded soon after his appointment to Harvard in 1971.

Tickets for the April 13 concert are $15, students and seniors $8, available through the Harvard Box Office.