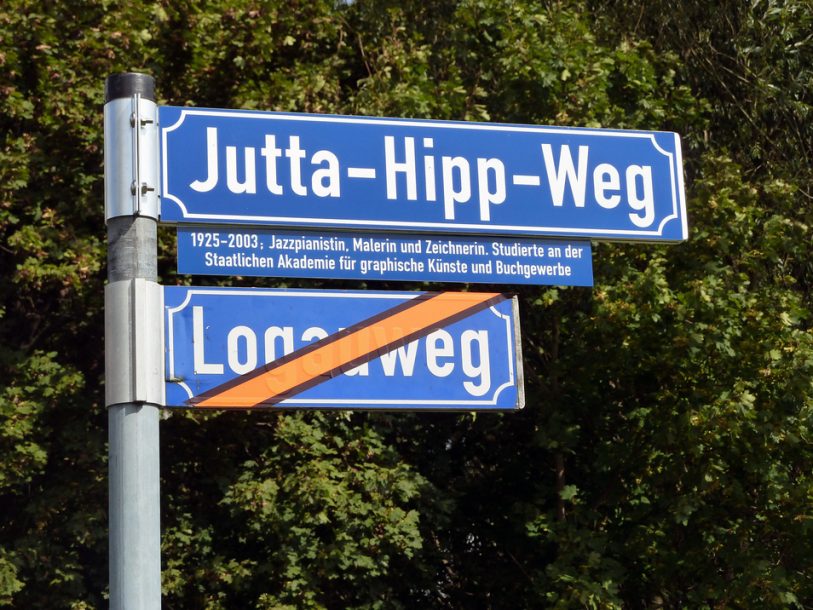 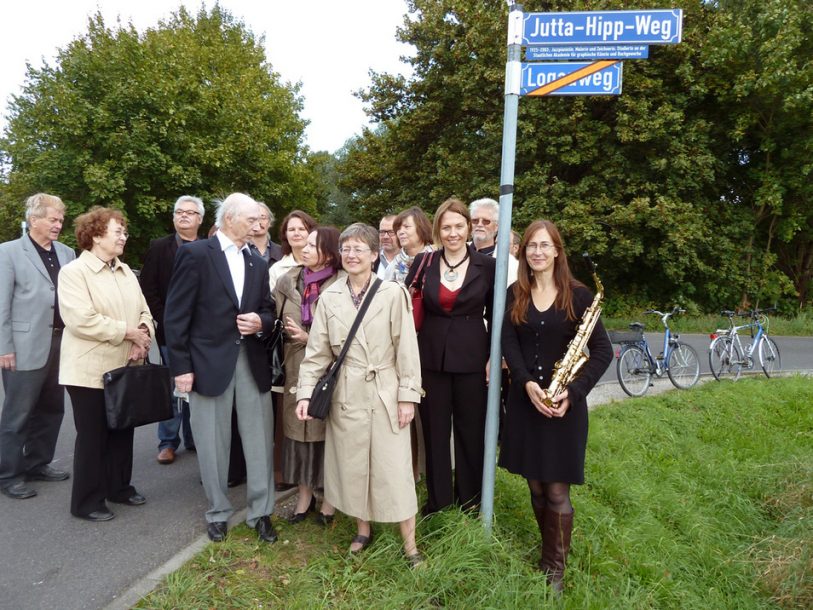 On September 22, a street was named in honor of jazz pianist and painter Jutta Hipp in her hometown of Leipzig, Germany. In 1955, Hipp became the first white female instrumentalist ever signed to the Blue Note label. After four recordings with the label in quick succession, Hipp’s career tanked and by 1960 she had abandoned playing the piano altogether. Hipp died on April 7, 2003, in Queens, N.Y.

Hipp’s biographer, Katja von Schuttenbach, had approached city officials back in 2007 with the idea of honoring the obscure jazz artist-once considered “Europe’s first lady of jazz”-with a street. Jutta-Hipp-Weg is one of only a handful of streets named after a jazz musician in the entire country of Germany. About 30 people attended the event, including representatives of the city of Leipzig; the schools Hipp had attended during her teenage years; fans and friends; and Teta Moehs, Public Affairs Officer at the U.S. Consulate in Leipzig. Appropriately, alto saxophonist Ilona Haberkamp played Hipp’s composition “Horacio” in honor of the occasion.