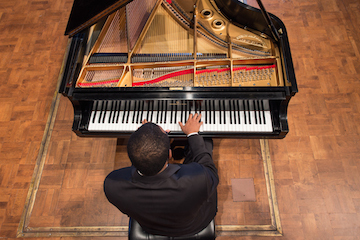 A fully restored 1933 Model A Steinway piano, owned and played by George Gershwin, was unveiled by the University of Michigan School of Music, Theatre & Dance at a free public concert on Oct. 10. According to a news release, the piano was donated to the school in 2013 by Marc Gershwin, George’s nephew, as a “gesture of partnership between the Gershwin families and U-M during the creation of the U-M Gershwin Initiative.” Announced last year, the release says, “the initiative provides U-M with complete access to the Gershwin archives to develop the George and Ira Gershwin Critical Edition-the only scholarly edition of the Gershwins’ music-as well as student performances, new courses and scholarly symposia of national reach and impact.”

The piano’s original keyboard and action are being preserved for public viewing at the E.V. Moore Building, SMTD’s main facility for music studies. The building is undergoing an extensive renovation and expansion, scheduled for completion in fall 2015, and the piano’s permanent home will be in the new addition, the William K. and Delores S. Brehm Pavilion. 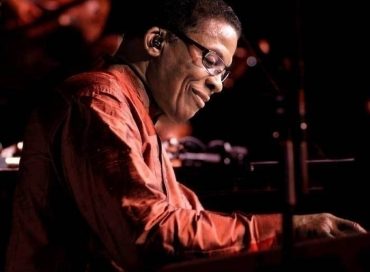