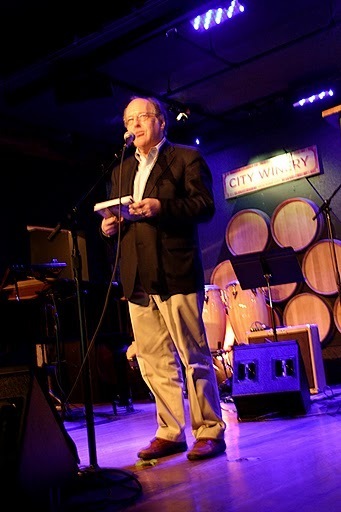 The writer and occasional JazzTimes contributor Gary Giddins will speak to documentarian Geoffrey C. Ward in an upcoming live conversation at New York’s CUNY Graduate Center. Ward, a frequent Ken Burns collaborator (Unforgivable Blackness, Jazz, The Civil War and the recent Prohibition, among others) and five-time Emmy winner, is also well known for his biographical writing, including a well-received biography of Franklin Delano Roosevelt.

Giddins, himself a highly respected and award-winning jazz critic and commentator who has written for the Village Voice, The New Yorker and Esquire, among others, is currently a faculty member at the CUNY Graduate Center teaching jazz history and literature. The event, continuing Giddins’ series of public talks with jazz luminaries such as Sonny Rollins, Fred Hersch and Ron Carter, kicks off at the Graduate Center’s Skylight Room, on November 7 at 6:30 p.m., and is sponsored by the Leon Levy Center for Biography. Admission is free.