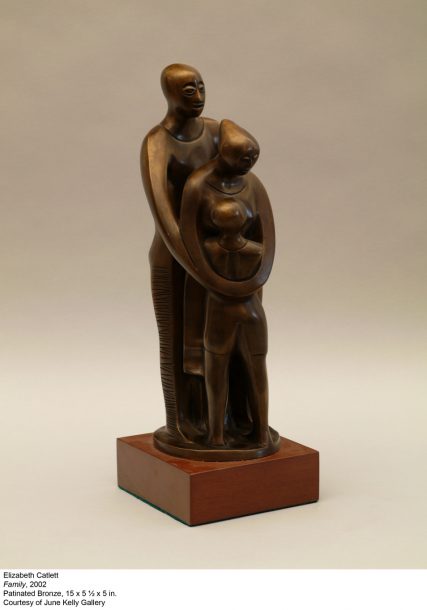 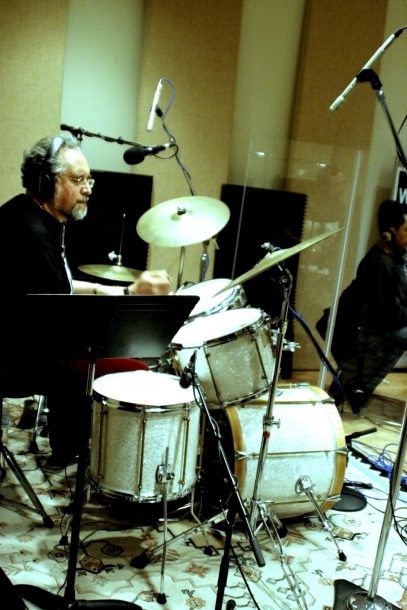 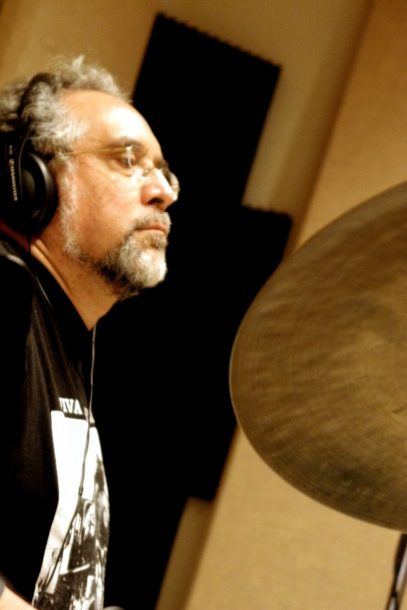 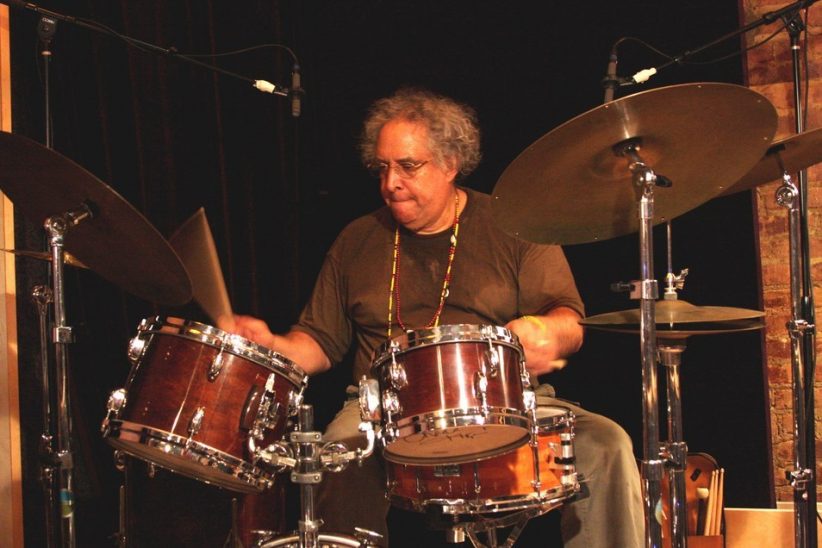 For decades, Elizabeth Catlett has given us prints and sculptures that celebrate the struggles and the beauty of African American and working-class Mexican women. She has also given us the jazz drummer Francisco Mora Catlett, who has played with giants like Max Roach and Sun Ra, and who now heads the Freedom Jazz Trio with Carlo de Rosa on bass and Craig Taborn on piano.

You can catch two free sets by this band at the Bronx Museum, this Friday, May 6, from 6 pm to 10pm. Currently showing the exhibition, Stargazers: Elizabeth Catlett, through May 29, the museum celebrated Catlett’s recent 96th birthday with a panel discussion on her life and work, last weekend, featuring curator Isolde Brielmaier and artists Sanford Biggers, Renee Cox, and Xaviera Simmons. With this weekend’s concert, this Friday’s concert, they’ve got her covered for Mother’s Day as well.

Reached by phone in New York, Francisco Mora Catlett said that his mother’s art, ideas and passion have been a driving influence throughout the whole of his career, “This goes away back. Growing up in Mexico City my father [Francisco Mora] and mother were very active artists, with tremendous discipline in regard to the artwork and this is a tremendous influence in everything that I do,” Mora said.

Catlett’s music is inspired not only by his mother’s taste in music, he says, but also by her passion for social justice, “Watching during the civil rights movement, her commitment-everything that was going on in the United States, her art work really contributed to it-the development of ideas and the progression of different things, you know, Angela Davis, the black panthers, all of this sort of revolutionary motivation, it had tremendous influences in what I was doing.”

“By coincidence,” Catlett says, his revolutionary mother actually met Sun Ra before he did, “My mother talked to Sun Ra and had exchanged some ideas. I think my mother had actually given Sun Ra one of her prints. He was very delighted about it. You know he’d found this African American artist in Mexico doing his kind of art work.”

While he had done a stint in Boston, at the Berklee School of Music in the 70’s, Catlett was back in Mexico when he first met and auditioned for the bandleader with whose “Arkestra” would bring him back to the States. A decade later, Catlett recalls, he was in New York on a scholarship studying with his first jazz hero, Max Roach.

“The Uptown String Quartet was commissioning pieces for a recording that they had coming up. Max Roach asks me, he says, don’t you have anything man?” Granted some time, he raced to his apartment to see what he could pull together. “I had this Harriet Tubman engraving or print of my mother’s back on the wall and I’m sitting there thinking about what should I write? What will be meaningful enough for the Uptown String Quartet? And it hit me: Harriet Tubman.”

Catlett told Roach the piece was inspired by Harriet Tubman. Its title would “The Conductor,” Tubman’s nickname. “Max says, ‘That’s not telling me what’s going on, why don’t we just call it “Sister Harriet?’ And that’s the way it was recorded. That was inspired by my mother.”

The piece appears on the album Just Wait A Minute. You can catch a live version in the Bronx this Friday night.