The finals for the fourth annual Ella Fitzgerald Jazz Vocal Competition will be held Saturday, April 25—on what would have been Fitzgerald’s 103rd birthday—at Blues Alley Jazz, a supper club in Washington, D.C. If you are interested in registering for the competition, the deadline is January 31.

This year’s theme is Fitzgerald’s 1964 album Ella Fitzgerald Sings the Johnny Mercer Songbook. Contestants will be expected to perform select songs from the record: “Midnight Sun,” “Early Autumn,” “I Remember You,” “Day In and Day Out,” and “This Time the Dream’s On Me.”

The judges will include Darden Purcell of George Mason University, Charenée Wade of the Peabody Institute, and Jessica Boykin-Settles of Howard University.

Each completed registrant will receive five song charts, one for each of the songs listed above. From the five charts, registrants should then choose three, compile audio recordings of those three songs, and submit them no later than January 31. In early March, five finalists will be selected for the April 25 event, which will also feature guest vocalist Lisa Fisher.

The final competition will occur simultaneously with the 16th annual Big Band Jam! on Washington’s National Mall between April 24 and 26, 2020, also produced in association with Blues Alley Jazz. Its 2020 artist-in-residence will be pianist Makoto Ozone, who will perform with a trio and large ensembles. Both the competition and the big-band jam are free and open to the public.

For further information and registration, go to the Ella Fitzgerald Competition website. 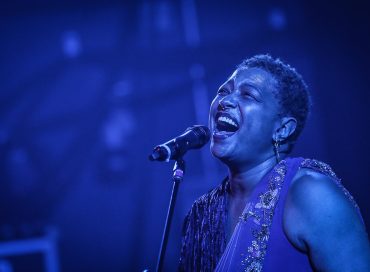 The Blues Alley Jazz Society, the Smithsonian Institution and the Ella Fitzgerald Charitable Foundation have named the five finalists for the second annual Ella Fitzgerald … END_OF_DOCUMENT_TOKEN_TO_BE_REPLACED