Tonight (June 19) at 7 p.m. ET, NEA Jazz Master Jimmy Heath had been scheduled to perform with his Queens Jazz Orchestra at New York’s Flushing Town Hall—the orchestra’s home base, where it had played regularly since Heath formed it 12 years ago. Sadly, the saxophonist and composer passed away at 93 in January, and a tribute to him that was subsequently planned in place of the concert ran into logistical problems due to the COVID-19 pandemic. But Flushing Town Hall’s staff is undeterred, and the show will go on. A virtual tribute to Heath called  “I’m Back Swinging Again!” is taking place on the same night and at the same time as the originally scheduled Queens Jazz Orchestra performance.

This special event, which will be livestreamed on Flushing Town Hall’s Facebook page, is set to feature appearances by Heath’s wife Mona, along with fellow jazz legends Albert “Tootie” Heath, Barry Harris, Jimmy Owens, and Dorthaan Kirk, as well as members of the Queens Jazz Orchestra, including Antonio Hart, David Wang, Jeb Patton, and Douglas Purviance. Excerpts from a previous concert by the orchestra, testimonials from family and friends, snapshots of Heath throughout his career, and several performances by his former colleagues will also figure in the proceedings.

“Jimmy always felt at home at Flushing Town Hall,” Mona Heath said in a statement. “The audience always gave him a warm, friendly reception and he treasured that. The best gift of my life was meeting him, and it means a great deal to me to know that his life story and his music will be shared on this evening. Thank you for keeping his memory alive.”

Last week it was revealed that Heath’s final studio album, Love Letter, recorded last fall with an all-star cast of musicians, will be released July 17.

Queens College will celebrate the life, music, and legacy of Jimmy Heath in a concert at the school’s LeFrak Concert Hall on May 21. The … END_OF_DOCUMENT_TOKEN_TO_BE_REPLACED 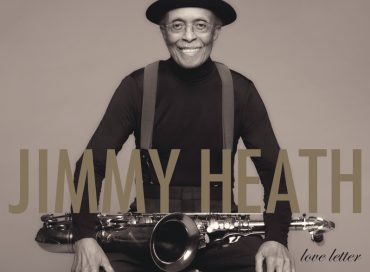 Jimmy Heath, the legendary saxophonist, composer, and NEA Jazz Master, passed away in January three months after his 93rd birthday. He did not, however, depart … END_OF_DOCUMENT_TOKEN_TO_BE_REPLACED 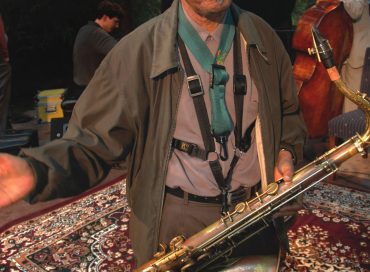