The jazz vocal contest, previously scheduled to take place April 25, has been moved to October 10 in compliance with social distancing guidelines during the coronavirus pandemic. Current tickets to the rescheduled event will automatically be valid for the new date.

Open to male and female singers ages 17 to 25, the Ella Fitzgerald Competition is a component of BAJS’ annual Big Band Jam!, its summer festival of youth and school jazz ensembles (which has also been moved to October).

The competition celebrates Fitzgerald, a jazz legend known as “The First Lady of American Song,” by requiring its participants to sing to arrangements from classic Fitzgerald recordings. This year’s competition had as its theme the 1964 album Ella Fitzgerald Sings the Johnny Mercer Song Book (arranged by Johnny Mercer), with contestants asked to choose from among five of the charts Fitzgerald used on the album (“Midnight Sun,” “Day In, Day Out,” “I Remember You,” “This Time the Dream’s On Me,” and “Early Autumn”).

Each contestant chose two charts and submitted audio recordings of them to a panel of judges: Darden Purcell, a professor of jazz vocals at George Mason University; Charenée Wade, of the Peabody Institute at Johns Hopkins University; and Jessica Boykin-Settles, of Howard University. The judges selected the five finalists.

The competition’s final will bring the finalists to the storied Georgetown club to perform their selected songs before a live audience. The judges will then be joined by a celebrity judge, vocalist Lisa Fischer—who will join the competition winner for a concert with big band and chorus at Washington’s Lisner Auditorium. 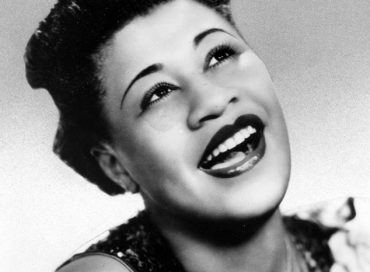 The finals for the fourth annual Ella Fitzgerald Jazz Vocal Competition will be held Saturday, April 25—on what would have been Fitzgerald’s 103rd birthday—at Blues … END_OF_DOCUMENT_TOKEN_TO_BE_REPLACED

The Blues Alley Jazz Society, the Smithsonian Institution and the Ella Fitzgerald Charitable Foundation have named the five finalists for the second annual Ella Fitzgerald … END_OF_DOCUMENT_TOKEN_TO_BE_REPLACED