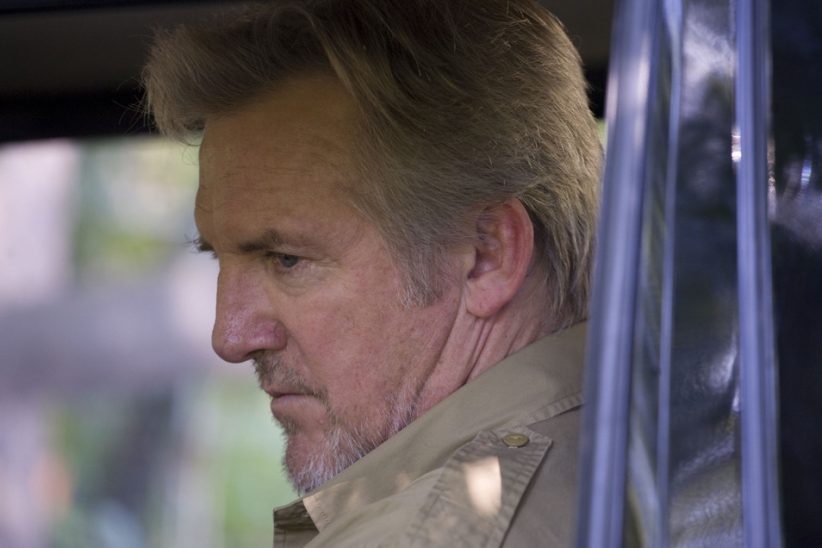 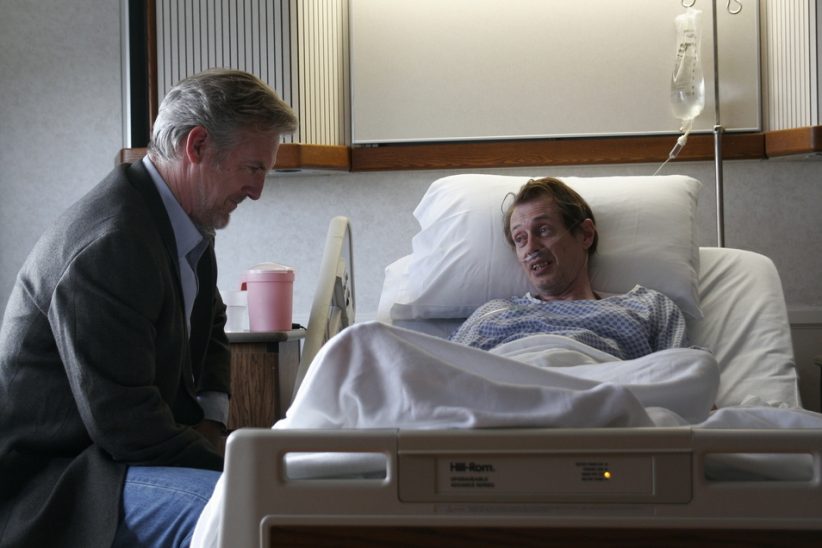 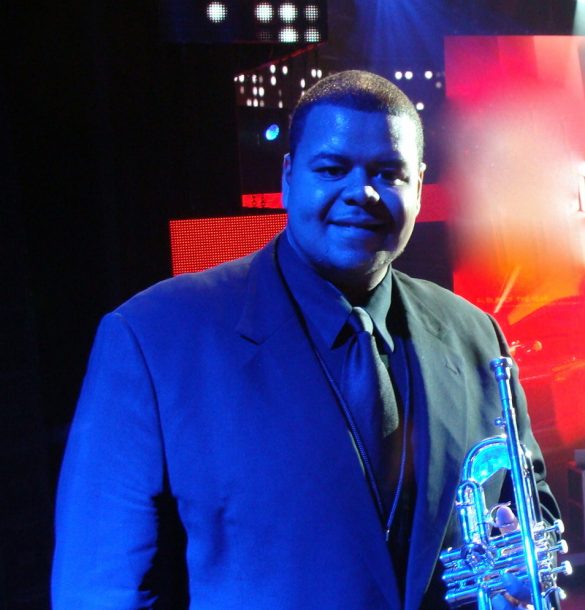 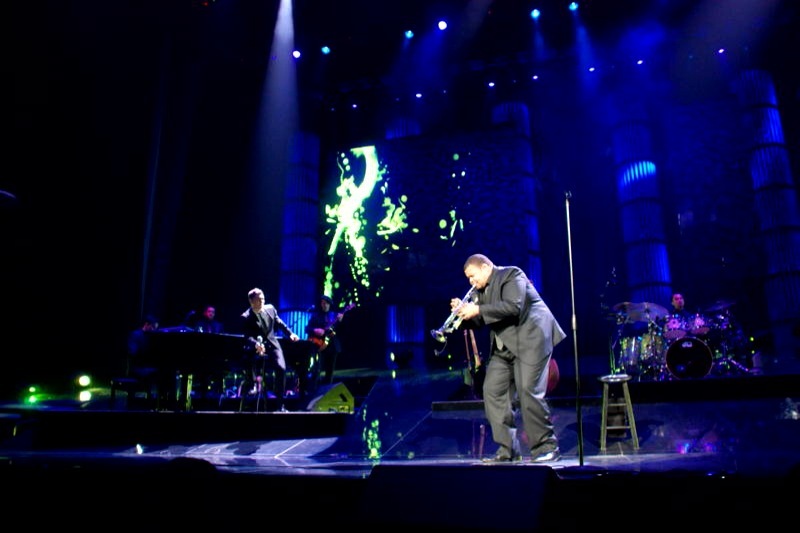 Opening on April 16, the film Handsome Harry is not a jazz movie per se, yet the music provides both a backdrop and context for the story of a man seeking forgiveness and redemption for his past. The soundtrack was composed by Anton Sanko, who also scored Big Love. Trumpeter Jumaane Smith composed and performed the singular jazz interludes and trumpet parts.

The film is a both a labor of love and vehicle of sorts for veteran actor Jamey Sheridan who was one of the producers, and who is perhaps best known for his current role in the TV series Trauma and a previous recurring role in Law & Order: Criminal Intent. However, jazz-on-TV trivia experts may recall Sheridan’s role in an earlier TV series, Shannon’s Deal, in which he played a divorced Philadelphia lawyer, somewhat down on his luck, struggling to overcome his demons and maintain a relationship with his young daughter. The music for that short-lived series of 1990-1991 was composed and performed by a 29-year-old Wynton Marsalis.

Sheridan recalled that when that series was being produced, he heard from various folks in the business that jazz could not work for background music. “They would say, ‘You can’t do that,’ but the music is much more flexible. Now, after many years in the business, I know that they were full of you-know-what.”

Like the Philadelphia lawyer Shannon, Sheridan’s character in Handsome Harry also is a divorced father with plenty of issues, including a strained relationship with his son. But the heart of the movie revolves around his relationships with men in his distant past. The film, directed by Bette Gordon, opens with Harry being called to the deathbed of a Navy buddy played by Steve Buscemi, who asks Harry to reconcile with another buddy Dave Kagan, played by Campbell Scott, whom the two men, along with three other sailors in their unit, had brutally beaten and permanently injured many years ago. An anguished Harry goes off in search for each of the men involved and seeks forgiveness initially for his dying friend, but ultimately for himself. Among the actors playing the other Navy buddies are John Savage and Aidan Quinn.

To explain the details of the violent incident and its resolution would be to give away the climax of the film, Crying Game style, but the conflict, then and later, revolves around issues of male relationships and sexual identity. You didn’t ask, so I won’t tell. Jazz is used as a leitmotiv for the bond that the men shared back then. Buscemi’s character reminisces about going to see Roy Haynes at the Vanguard and there are numerous references throughout the film to the men’s common appreciation for the music. In addition, the victim of the beating was a pianist and the injury he sustained effectively ended his ability to play the music he loved. Harry himself sings in what seems like a barbershop quartet, but we won’t go there.

Sheridan says that jazz has a major role in the film. “I think of it as the third major character in the movie,” he explains. “Jazz is like Kagan’s mistress and he introduces her to the five guys. They go to see the music together and it forms a bond for these guys. There’s that ‘wow’ with them. Listening to the music was like looking at a beautiful woman, that sort of rapture.”

If you get the impression that Sheridan has a passion and affinity for jazz, you’d be correct. Growing up in the Southern California area, Sheridan started listening to jazz when he was 17. “I had this job delivering newspapers to the boxes on the street,” Sheridan recalls. “I was up early in the morning and I was bored with rock and the guitar solos.” He started to listen to jazz on KBCA (now KJZZ) and he was hooked. “I worshipped Chuck Niles. From that point on, jazz became my meat and potatoes.” Now, as the father of three young children, Sheridan laments that he can’t listen to jazz as much as he’d like. “It seems like I would always listen to jazz in the car, and now that’s a lot harder.”

Sheridan says that Smith’s trumpet leads really gave the music a presence in the movie. “It’s his heart,” Sheridan explains. “He has great empathy.” He recalls seeing Smith in a local LA club at a Monday night jazz show, and being impressed with the young trumpeter. “We come in late to his show and it’s clear that he only has 10 minutes to go. He’s playing this burning Freddie Hubbard type thing and he was great. But I knew that the movie needed beauty in those trumpet parts. So I started saying to myself, ‘please, please, play a ballad.’ Sure enough he does a ballad to end the set. And his sound was beautiful. I knew he’d be perfect.”

A graduate of the jazz programs at the New School and Julliard and a member of Michael Buble’s touring band, Smith says that this was his first experience performing music for a film soundtrack. He initially watched the movie without a soundtrack and came up with the trumpet parts that cue dramatic scenes about the men.

For example, for the scene in which Buscemi’s character is on his deathbed, Smith says: “I based the initial part on his heartbeat, which eventually dissipates into nothing. The rhythm section conveyed that, with the melody representing a convergence of one’s own mortality.”

Smith says that the experience of recording for the film changed the way he approached music. “I was forced to focus on imagery, so it opened up my concept as a musician,” Smith says. “Like Miles, the music portrays an image and the pieces are shaped with peaks and valleys. And it’s not a linear approach.” He acknowledged Sheridan’s conception of the trumpet’s role. “The trumpet represented the memories that the characters shared together.”

Sheridan best describes why jazz works in the context of this film. “It comes to you free, with no filter or preconception.”

Tenor saxophonist Kamasi Washington’s short film, As Told to G/D Thyself, which is inspired by his most recent album, Heaven and Earth, released on the … END_OF_DOCUMENT_TOKEN_TO_BE_REPLACED

On Dec. 29, a Duke Ellington concert film not seen for more than 50 years will receive its first public viewing since its original broadcast … END_OF_DOCUMENT_TOKEN_TO_BE_REPLACED

Miles Davis: Birth of the Cool, a documentary about the famed trumpeter and bandleader, will debut at the Sundance Film Festival, which runs Thursday, Jan. … END_OF_DOCUMENT_TOKEN_TO_BE_REPLACED

The iconic Django Reinhardt is portrayed in a new biopic, titled simply Django and starring Reda Kateb as the legendary Gypsy-jazz guitarist. The film, which takes … END_OF_DOCUMENT_TOKEN_TO_BE_REPLACED