On Thursday, September 28, 2017, the exhibit “Herman Leonard: Pillars of Jazz” will open at the 1st Street Federal Courthouse in Los Angeles. The exhibit, which will run through the end of the year, will feature over 40 of Leonard’s iconic images of jazz musicians – including Billie Holiday, Ella Fitzgerald, Duke Ellington, Dizzy Gillespie, Sarah Vaughan, Thelonious Monk and many more.  The opening reception will feature performances by the Singers in Law (a vocal group of attorneys and legal professionals), the Thelonious Monk Institute of Jazz Performance Ensemble and singer Tiffany Austin.  The event will be hosted by longtime radio host Bubba Jackson.  The reception is free and open to the public.

Before his death in 2010, Herman Leonard was a frequent contributor to JazzTimes, as well as many other publications. You can view images by Leonard on his website.

There’s no doubt about it: The COVID-19 pandemic has hampered your ability to celebrate your favorite jazz artists. You can’t go see them play; yes, … END_OF_DOCUMENT_TOKEN_TO_BE_REPLACED

British photographer William Ellis, whose work can be seen in the permanent collections of the American Jazz Museum and the National Portrait Gallery London, among … END_OF_DOCUMENT_TOKEN_TO_BE_REPLACED 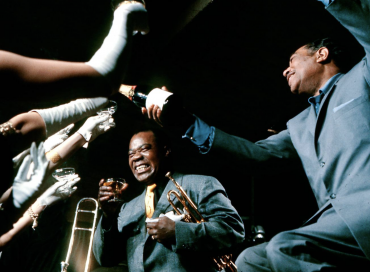 “Jazz: The Birth of Cool,” an exhibition featuring photographs of jazz icons on and off stage, opens to the public on April 26 in New … END_OF_DOCUMENT_TOKEN_TO_BE_REPLACED

The 39th annual Playboy Jazz Festival has announced its roster of performers for 2017. The two-day festival will take place June 10-11, 2017 at the Hollywood … END_OF_DOCUMENT_TOKEN_TO_BE_REPLACED