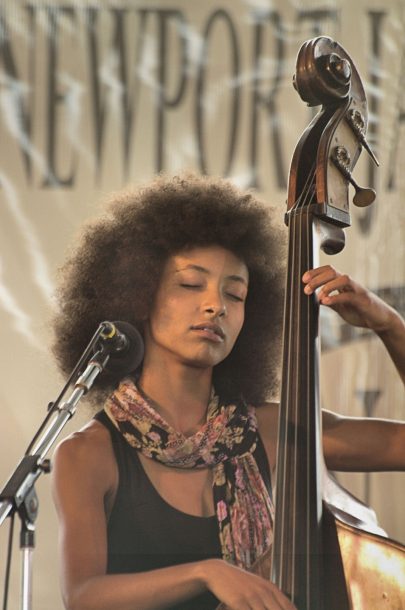 On March 20, Heads Up International will release Esperanza Spalding’s new album, Radio Music Society. Each of the 12 album’s songs is accompanied by conceptual music videos. Shot in various locations including New York City, Barcelona and Portland, Ore., all videos will be available to purchasers of Radio Music Society Radio Music Society is being called a companion, rather than a sequel, to Spalding’s previous disc, Chamber Music Society, which reached No. 1 on the Billboard Contemporary Jazz Chart.

An Indiegogo fundraising campaign was recently launched to support the production of Iphigenia, an opera with music by Wayne Shorter and a libretto by Esperanza … END_OF_DOCUMENT_TOKEN_TO_BE_REPLACED

April 3 will see the launch of the Songwrights Apothecary Lab, a curated web portal for new musical work by bassist, vocalist, and composer Esperanza … END_OF_DOCUMENT_TOKEN_TO_BE_REPLACED

In honor of the posthumous release of Fred Taylor’s memoir, What, and Give Up Showbiz?, the Fred Taylor Scholarship Fund will host a special documentary-style … END_OF_DOCUMENT_TOKEN_TO_BE_REPLACED