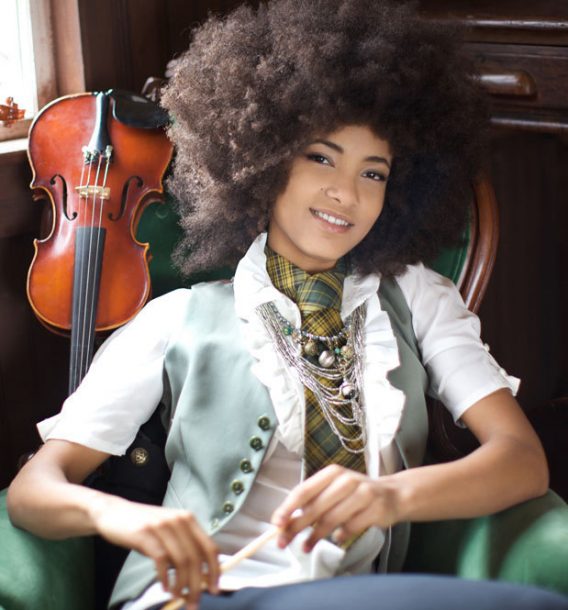 Bassist and singer Esperanza Spalding has received a great deal of exposure in the last year or so, making appearances on network TV shows and recently stealing the Best New Artist Grammy from under the little nose of Justin Bieber. This coming Friday and Saturday night, she’ll be performing for another decidedly non-jazz audience when she opens for pop star Prince at the Forum in Los Angeles.

Prince is in the midst of what has been called a “residency-style concert series” tour, replete with smaller venues and guest appearances. His “Welcome 2 America” tour, includes a 21-date stand in Los Angeles that started on April 14 at the Forum. Among previous opening acts on this tour have been Cee-Lo Green, Janelle Monae, Sharon Jones & the Dap Kings and others. Spalding, along with singer Cassandra Wilson, are the only jazz acts to get the nod. Her current album, Chamber Music Society, is currently at No. 2 on Billboard’s Contemporary Jazz Albums chart.

Performing with Spalding will be her former employer Joe Lovano on saxophone, Jef Lee Johnson on guitar, Raymond Angry on keyboards and Terri Lyne Carrington on drums.

Today the Newport Jazz Festival announced the lineup for its 2022 edition, which will take place as usual on the grounds of Fort Adams State … END_OF_DOCUMENT_TOKEN_TO_BE_REPLACED

An Indiegogo fundraising campaign was recently launched to support the production of Iphigenia, an opera with music by Wayne Shorter and a libretto by Esperanza … END_OF_DOCUMENT_TOKEN_TO_BE_REPLACED

April 3 will see the launch of the Songwrights Apothecary Lab, a curated web portal for new musical work by bassist, vocalist, and composer Esperanza … END_OF_DOCUMENT_TOKEN_TO_BE_REPLACED

In honor of the posthumous release of Fred Taylor’s memoir, What, and Give Up Showbiz?, the Fred Taylor Scholarship Fund will host a special documentary-style … END_OF_DOCUMENT_TOKEN_TO_BE_REPLACED