The Ellis Marsalis International Jazz Piano Competition, named after the NEA Jazz Master, is held triennially in Huntington. The two-day competition, according to a press release, “challenges competitors’ skills and abilities across different genres, styles, and formats of the jazz idiom.” Seven finalists were chosen from among over 160 entries and 45 qualifying submissions from 13 different countries, to vie for over $200,000 in cash and prizes.

Ellis Marsalis, six-time Grammy and Latin Grammy winner Arturo O’Farrill, Jon Batiste, and special guest judge NEA Jazz Master Branford Marsalis watched the contestants compete with the help of two side personnel teams. Team 1 featured Dezron Douglas and Dayeon Seok; Team 2 featured Mimi Jones and Jerome Jennings. Additionally, special guest Camille Thurman appeared in a special Plus One segment in which competitors were required to accompany her as both instrumentalist and vocalist on songs that were randomly selected.

After two days, four segments, seven hours, and nine different songs in the competition, the winners for the five awards were chosen via score calculations on their performances.

In addition to the awards. the first-place winner receives the grand prize, which includes a $25,000 cash prize; a recording contract with ELM Records; and management, marketing, booking, and promotionalcasa assistance from Nu Jazz Agency. First prize also includes guaranteed performance opportunities at venues and festivals around the world, including a night at Dizzy’s Club Coca-Cola (New York City), South Jazz Bistro (Philadelphia), the San Jose Jazz Festival (San Jose, Calif.), Le Duc des Lombards (Paris, France), and the Ellis Marsalis Center for Music (New Orleans). Second-place and third-place winners will receive $10,000 and $5,000, respectively, as well as their own series of national and international performance opportunities.

“This competition is something that I am really proud of being able to put together at this point in my career,” said Ellis Marsalis.

“The dizzying array of talent that we had, proved to be a tough job for the final judges to make decisions on,” said Jerald Miller, executive director of the competition and managing director of the Nu Jazz Agency.

Legendary jazz trombonist and producer Delfeayo Marsalis lost his father to COVID-19 in April. He is determined not to let the pandemic continue to ravage … END_OF_DOCUMENT_TOKEN_TO_BE_REPLACED

NEA Jazz Master Ellis Marsalis, in partnership with the Nu Jazz Agency and Marshall University, is looking for pianists to take part in the inaugural … END_OF_DOCUMENT_TOKEN_TO_BE_REPLACED

Beginning in 2018, Marshall University’s College of Arts and Media and jazz studies program will host both the Ellis Marsalis International Jazz Piano Competition and … END_OF_DOCUMENT_TOKEN_TO_BE_REPLACED 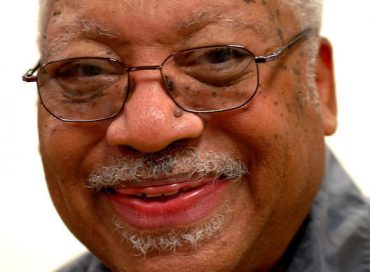