The contestants include American vocalists Taisha Estrada, Ariana Stefanidis, and Lucy Wijnands; German vocalist Atrin Madani; and South African vocalist Naledi Masilo. These five finalists were originally selected from a pool of 65 entrants to participate in the competition in October 2020. However, the lockdowns associated with the worldwide COVID-19 pandemic forced last year’s competition to be canceled.

Blues Alley—the legendary jazz club with which the BAJS is affiliated—remains closed. Instead, the competition will take place at the National Press Club in downtown Washington.

The Ella Fitzgerald Vocal Competition is a component of BAJS’ annual Big Band Jam!, a summer festival of youth and school jazz ensembles. It is open to male and female singers ages 17 to 25. The competition celebrates Fitzgerald, a jazz legend known as “The First Lady of American Song,” by requiring its participants to sing to arrangements from some of her classic recordings. The 2020-21 competition had as its theme the 1964 album Ella Fitzgerald Sings the Johnny Mercer Song Book, with contestants asked to choose from among five of the charts Fitzgerald used on the album (“Midnight Sun,” “Day In, Day Out,” “I Remember You,” “This Time the Dream’s On Me,” and “Early Autumn”).

For more information about the Ella Fitzgerald Vocal Competition, visit its website. 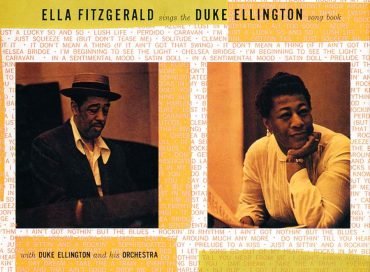 The 6th Ella Fitzgerald Jazz Vocal Competition is currently open for applications. Sponsored by the Blues Alley Jazz Society, the competition’s contestants will vie to … END_OF_DOCUMENT_TOKEN_TO_BE_REPLACED 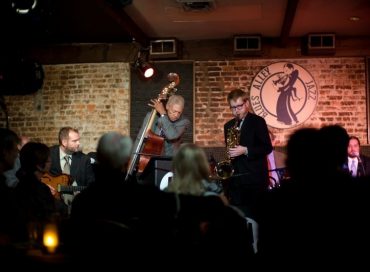 UPDATE 10/31: Blues Alley announced today that it will be reopening tomorrow (Tuesday), Nov. 1. “The bones of our building are not broken but our walls … END_OF_DOCUMENT_TOKEN_TO_BE_REPLACED 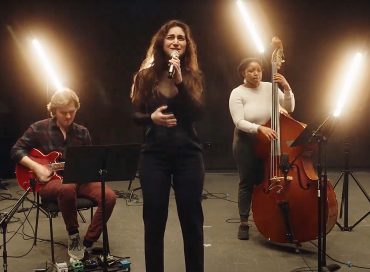 The Blues Alley jazz club in Washington, D.C. held its fifth annual Ella Fitzgerald Jazz Vocal Competition this past week, and they have announced the … END_OF_DOCUMENT_TOKEN_TO_BE_REPLACED

It’s no secret that jazz clubs have suffered mightily during the pandemic, crippled by the inability to regularly present live music (and food and beverages) … END_OF_DOCUMENT_TOKEN_TO_BE_REPLACED