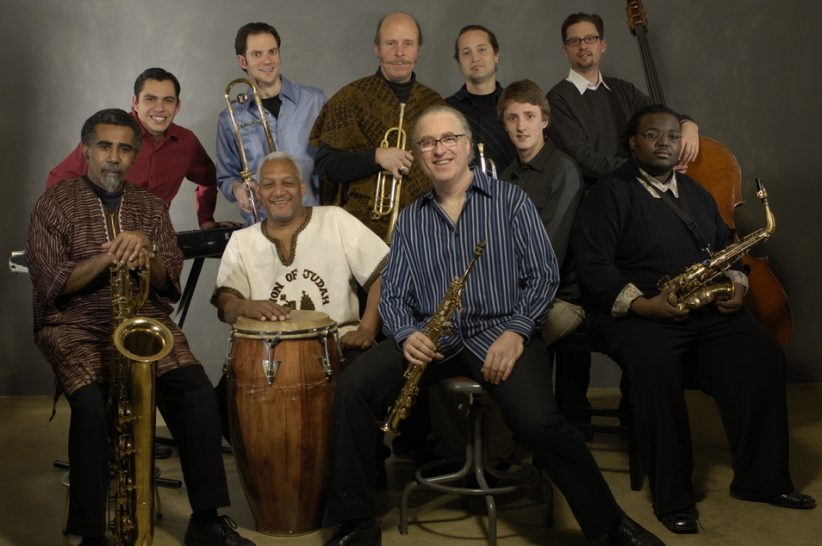 The Parsons School of Art, Media and Technology in New York will present the Either/Orchestra at the Tishman Auditorium, 66 W. 12th Street, on Saturday, November 19. The concert will premiere “The Collected Unconscious,” a new suite composed by band founder Russ Gershon and based in the pentatonic modes of and triple rhythms of Ethiopian music. The suite was commissioned under a Chamber Music America Jazz New Works grant.

The program will also include musical highlights from the band’s May 2011 tour of Ethiopia. The tour was sponsored by the U.S., French and Spanish governments and revived music written by Nerses Nalbandian, an Armenian expatriate who shaped modern Ethiopian music from his position as music director of the Haile Selassie National Theater during the 1950s and ’60s.

The New York show is at 2 p.m. and is free and open to the public. The performance is part of a four-city mini-tour that also brings the group to Cambridge, Mass., Fairfield, Conn. and Troy, N.Y. For more information, about the New York concert, visit New School or call 212-229-5488.