The eighth annual Ragas Live Festival, a marathon 24-hour event, will be held at Pioneer Works in the Red Hook section of Brooklyn on October 19 and 20. The program, featuring more than 70 performers, begins at 7 p.m. on Saturday the 19th and ends at 7 p.m. on Sunday the 20th. Doors open at 6:30 p.m.

“The fact this festival has attracted an artist of the caliber of Reggie Workman, a musician who made his name with artists like John Coltrane, Pharaoh Sanders, and Art Blakey, is a testament to the vitality of this crosscultural, inclusive, musical movement happening in Brooklyn right now,” David Ellenbogen, the festival’s founder, says in a press release.

The festival is so named because its unique flow is influenced by the melodic patterns of Indian classical music.

“As curators, we honor the ragas’ connections to nature and program classical artists at the opportune times,” Arun Ramamurthy, the festival’s artistic director, says in the release. “But what makes this festival so special is that we balance classical sets with innovative raga-inspired projects that interpret traditional material in a highly creative way. This balance over the course of 24 hours allows the listener to traverse a wide spectrum of sound, going deep into traditional ragas while also experiencing more experimental interpretations and reimaginations of the Indian classical form. It’s a cathartic experience.”

The event will be broadcast in real time on WKCR 89.9 FM-NY and also streamed online at wkcr.org.

For more information and to buy tickets, visit the Pioneer Works website.

The National Endowment for the Arts is the latest player in the jazz world to take its presence into the virtual arena, announcing that its … END_OF_DOCUMENT_TOKEN_TO_BE_REPLACED 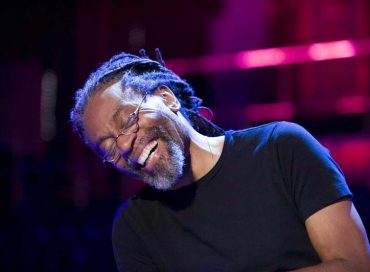 The National Endowment for the Arts has announced the four newest recipients of the NEA Jazz Masters Fellowship, the nation’s highest honor in jazz. Musicians Bobby … END_OF_DOCUMENT_TOKEN_TO_BE_REPLACED