Eddie Palmieri has announced the forthcoming release of his second album of the year, Mi Luz Mayor, on Dec. 7. The album was recorded in honor of Palmieri’s late wife Iraida, and features new recordings of some of her favorite music. The album will be released via the pianist’s new Ropeadope imprint Uprising Music. Special guests include Gilberto Santa Rosa, Herman Olivera, and Carlos Santana, who plays on the album’s third track, “Mi Congo.”

“Eddie Palmieri’s influence on the world of modern music is often celebrated, but just as often underestimated,” the official announcement from Ropeadope reads (in part). “As he completes his 82nd year with us, his energy and commitment seem to be increasing, as if to fully emphasize the power of not just the music but also the cross-cultural importance of the process. With no sign of slowing, Mr. Palmieri is the elder of a global culture of musicians, actively teaching young students and leading the way for the next generation.

“In 2018 Mr. Palmieri returns to his roots in different ways; the summer release of his salsa classics album Full Circle stunned players and students alike with finely tuned renditions of songs that Mr. Palmieri recorded in the past. The project was also released on the Palmieri Salsa Jams App, the world’s first interactive salsa music app on Christian Scott aTunde Adjuah’s Stretch Music App platform. The app allows students to manipulate and ‘remix’ all of the tracks, as a practice tool and as an interactive way to understand the arrangements.”

“Here I present to you the music that my late wife, Iraida, and I enjoyed in our youth,” Palmieri writes of Mi Luz Mayor. “I would play this music in our home often, during the holidays and on special occasions. We would dance to this music, but there were also times where the music spoke for us. Music was the constant force that touched our hearts and would heal any wounds that life sent our way. Ultimately, these songs represent our love story. Selecting each composition and writing new music helped me work through my grief after she passed away in 2014. Because this music is in her honor, everything from start to finish had to be of the highest caliber, and I am proud to say that it is just that.”

Palmieri adds, “The music is a reflection of the profound respect, admiration and impact both Rene Hernández and Ray Santos have had on my musical life. Their arranging skills show careful study and the diligence I endeavor to carry over into my own arrangements. It is the platform from which I rarely move, where the historical integrity of the Cuban structures are preserved and expounded upon—that is the excitement that drives my creative process. The music also embodies the contributions and arranging talent of Jose Madera—I truly believe he is an inspiration to the next generation of arrangers. As for the musicians…I am surrounded by Chiefs, each a master of their own instrument. I am incredibly grateful to all the musicians that are on this recording and of course, the special guests, Mr. Carlos Santana, Mr. Gilberto Santa Rosa and La Voz del Caribe, Herman Olivera.”

The Palmieri Salsa Jams app, and Palmieri, will be featured in JazzTimes’ upcoming November issue as part of our annual Jazz Education Guide.

2018 was a remarkable year for the Thelonious Monk International Jazz Competition, held Dec. 2-3 in Washington, D.C. It marked the return of jazz’s most … END_OF_DOCUMENT_TOKEN_TO_BE_REPLACED 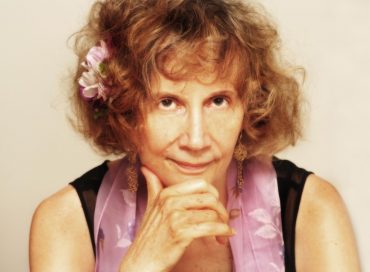 The 2018 Thelonious Monk Institute of Jazz International Piano Competition is scheduled for Dec. 2 and 3 in Washington, D.C. Originally, the competition was to be … END_OF_DOCUMENT_TOKEN_TO_BE_REPLACED

Pianist and composer Jason Moran will pay tribute to the legacy of James Reese Europe, the African-American bandleader who introduced jazz to France at the … END_OF_DOCUMENT_TOKEN_TO_BE_REPLACED

The Japanese pianist, composer, arranger and bandleader Toshiko Akiyoshi will receive the BNY Mellon Jazz 2018 Living Legacy Award in a special ceremony at the … END_OF_DOCUMENT_TOKEN_TO_BE_REPLACED