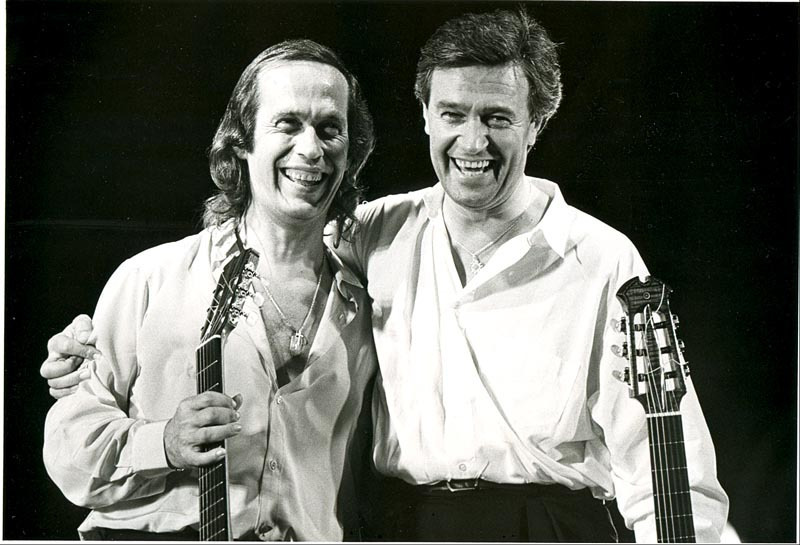 Eagle Rock Entertainment will release on June 24 Paco & John: Live at Montreux 1987 as a DVD/two-CD set. Pairing the unique styles of guitarists Paco de Lucía and John McLaughlin, this is the first ever release of the classic concert. Personally overseen entirely by McLaughlin, the 91-minute release is presented in DTS Surround Sound and Dolby Digital 5.1.

Paco & John: Live at Montreux 1987 is a “breathtaking evening of flamenco-infused jazz flair,” according to a press release, filmed July 15, 1987 at the famed Montreux Jazz Festival in Switzerland. Opening with a solo piece from McLaughlin, followed by a solo performance from De Lucía, the concert showcases each musician’s individual talent before the two masters present a series of duets drawn from their solo albums, their work in the Guitar Trio, and covers of music written by colleagues like Egberto Gismonti and Chick Corea. 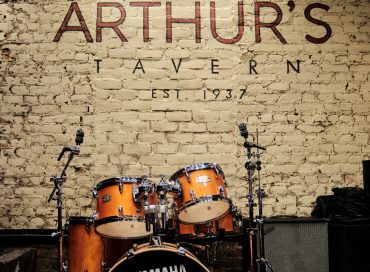 Arthur’s Tavern, a former speakeasy jazz bar that was founded in 1937, has reopened after a renovation to retain the West Village venue’s vintage look … END_OF_DOCUMENT_TOKEN_TO_BE_REPLACED

The legacy of the late trumpeter and composer Tomasz Stańko will be celebrated at an all-star memorial concert on Sept. 18 at Roulette in New … END_OF_DOCUMENT_TOKEN_TO_BE_REPLACED

The Chicago Jazz Festival, one of the nation’s largest free jazz festivals, returns as an in-person event on September 1-4, 2022, with a full schedule … END_OF_DOCUMENT_TOKEN_TO_BE_REPLACED