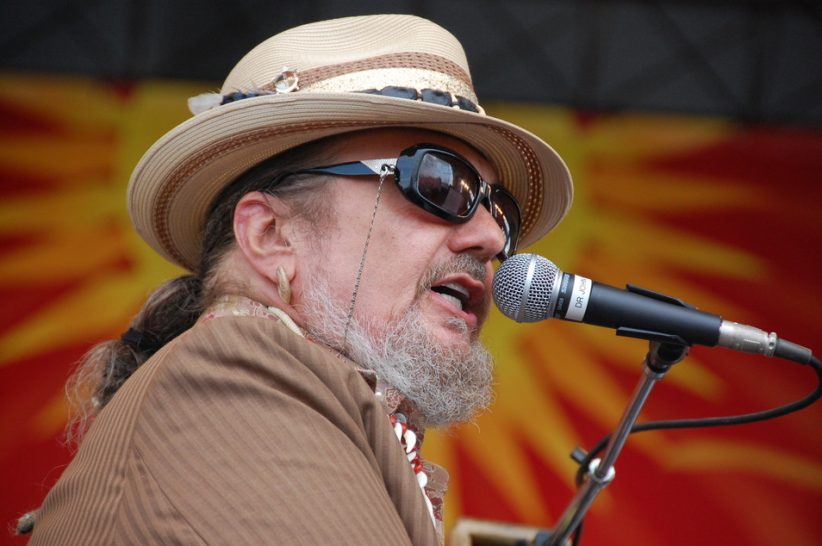 Dr. John will make his Concord Records debut Aug. 19 with Ske-Dat-De-Dat…The Spirit of Satch, a tribute to Louis Armstrong. The album includes 13 numbers drawn from various phases of Armstrong’s career, and includes a number of guest artists: Bonnie Raitt on “I’ve Got the World on a String,” Ledisi and the McCrary Sisters on “Nobody Knows the Trouble I’ve Seen,” Anthony Hamilton on “Sometimes I Feel Like a Motherless Child,” Shemekia Copeland on “Sweet Hunk O’ Trash,” and the Blind Boys of Alabama on both “What a Wonderful World” and “Wrap Your Troubles in Dreams.”

Musicians performing on the album include Nicholas Payton, Terence, Arturo Sandoval, Wendell Brunious and James Andrews, along with the Dirty Dozen Brass Band.

Prior to making the album, Dr. John honored Satchmo on stage at “Props to Pops,” at New York’s Brooklyn Academy of Music in March 2012 and at the Hollywood Bowl in July 2013.

Remembered most for world-changing appearances by Elvis Presley and the Beatles, The Ed Sullivan Show, which aired in primetime from 1948 to 1971, featured artists … END_OF_DOCUMENT_TOKEN_TO_BE_REPLACED

Earlier this year, the Louis Armstrong Educational Foundation (LAEF) allocated $1 million in financial support to New York-area musicians who had lost income because of … END_OF_DOCUMENT_TOKEN_TO_BE_REPLACED

A tribute to Dr. John and appearances from the Legendary Count Basie Orchestra, Chick Corea, Buddy Guy, and many more are all slated for this … END_OF_DOCUMENT_TOKEN_TO_BE_REPLACED

Madame Tussauds has a total of 25 locations across four continents, but its newest attraction in Nashville, Tenn., set to open in April, will be unique … END_OF_DOCUMENT_TOKEN_TO_BE_REPLACED