Jeff Denson, the renowned bassist, vocalist, and composer, has been named dean of instruction at the California Jazz Conservatory in Berkeley, beginning in August.

He succeeds Susan Muscarella, who is the founder of the conservatory. She will continue on as its president.

“Jeff is one of the most talented artist-educators I have ever had the pleasure of working with,” Muscarella, who is a pianist, says in a press release. “He has deep and long-established relationships with our students and fellow faculty; he is the perfect person to step into this important role—especially given that our artistic standards are so fully aligned.”

Denson, the founder of Ridgeway Records, has played with a number of notable musicians throughout his career, including Lee Konitz, Joe Lovano, Jane Ira Bloom, Kenny Werner, Dave Douglas, and Giacomo Gates. He has released 12 albums as a leader or co-leader and will continue to perform and record in his new role.

“The California Jazz Conservatory is an exceptional institution, fostering the next generation of artists and educators—many on the cutting edge—performing, composing, teaching, and touring throughout the world,” Denson says in the release. “I am honored to be following in the footsteps of Dr. Susan Muscarella in this important role and I am excited at the prospect of working closely with CJC students, faculty, supporters, and friends to grow the institution in the future.”

Denson was already serving as a professor at the conservatory, and he will continue to teach as he takes on his new role as dean.

A documentary that examines the evolution of the double bass in jazz, titled Walking the Changes: Legends of Double Bass in Jazz, is raising money … END_OF_DOCUMENT_TOKEN_TO_BE_REPLACED 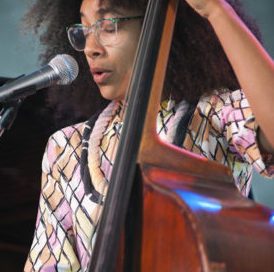 The singer and bassist Esperanza Spalding yesterday (Oct. 7) released the first installment of her new musical suite, 12 Little Spells, which she is unveiling … END_OF_DOCUMENT_TOKEN_TO_BE_REPLACED 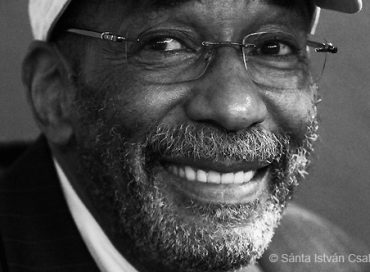