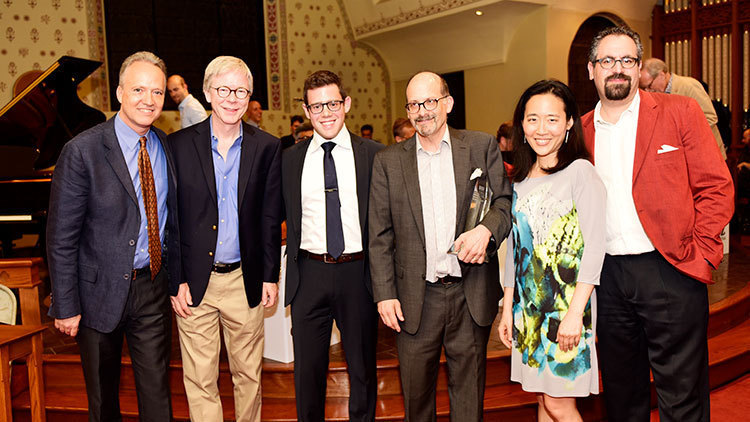 The prize is awarded annually to the artist who creates the best original work while participating in the BMI Jazz Composers Workshop. Block won the prize for his piece “Madrigal.” The competition’s judges included Grammy-winner Wynton Marsalis, saxophonist Jimmy Heath and trombonist and composer Alan Ferber.

Jazz pianists and composers Helen Sung and Steven Feifke were named runners-up in the competition.

Block also received the Manny Albam commission, named after the Workshop’s late founder and music director. The $3,000 commission will go toward writing a new piece of work, scheduled to premiere at next year’s concert.

As a saxophonist and clarinetist, Block has produced music that has been featured in a number of motion pictures and television shows, including The Aviator, The Good Shepherd and HBO’s Boardwalk Empire.

More information on the prize can be found on the BMI Foundation’s website.