Skip to content
Become a member and get exclusive access to articles, live sessions and more!
Start Your Free Trial
Home > Blog > Criss Cross Jazz, David Gilmore, From Here to Here, Gerry Teekens > Criss Cross Jazz Is Back to Business

When Criss Cross Jazz Records founder and owner Gerry Teekens passed away on October 31, 2019, his son and namesake, Gerry Jr., affirmed his plans to keep the much-loved record label going.

On June 2, the younger Teekens made good on his promise. Criss Cross Jazz released From Here to Here, a new album by guitarist David Gilmore.

The album is Gilmore’s second for Criss Cross, the followup to his 2017 label debut Transitions. It finds the guitarist at the head of a quartet featuring pianist Luis Perdomo, bassist Brad Jones, and drummer E. J. Strickland, performing eight originals and two covers.

From Here to Here is the 405th release on Criss Cross Jazz, and the first without Teekens at the helm since the Dutch label was founded in 1981. Teekens created the imprint as a vehicle for distributing a recording he had made of guitarists Jimmy and Doug Raney in February of that year in Hilversum. Over the ensuing 38 years, Teekens recorded and released hundreds of sessions, all (save one) headed by North American jazz musicians either passing through the Netherlands or crossing Teekens’ path on his twice-yearly pilgrimages to New York.

After Life, a quintet date led by tenor saxophonist Noah Preminger and released in May 2019, was the last Criss Cross album Teekens put out before his death at the age of 83.

An announcement on Criss Cross Jazz’s website, signed by Teekens Jr. and his two daughters, Bo and Amber Teekens, says that the release of From Here to Here is a tribute to the elder Teekens’ memory.

From Here to Here can be purchased through Criss Cross Jazz. 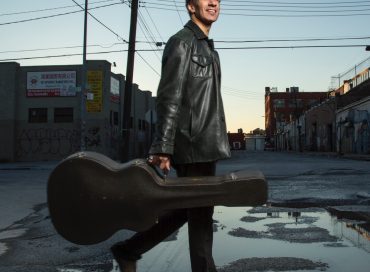