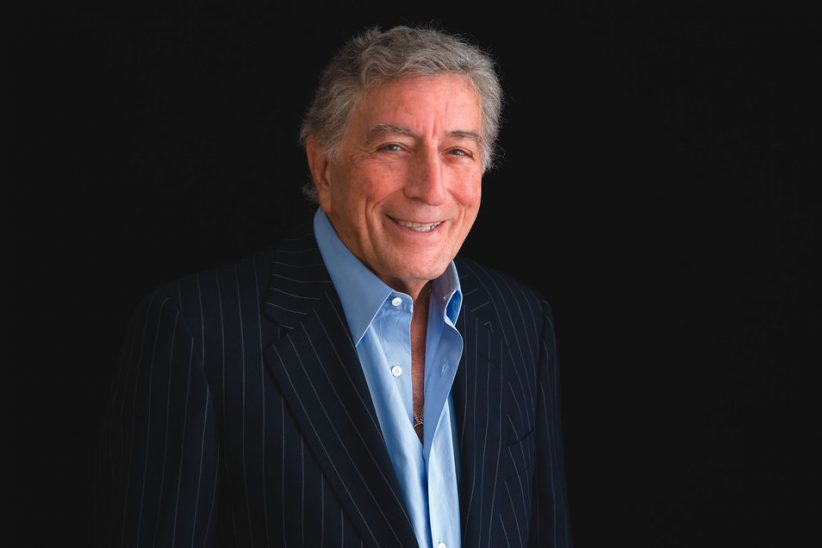 Columbia Records/RPM Records/Legacy Recordings will release Tony Bennett-The Complete Collection, a 73-CD/3-DVD compilation chronicling the entire career of the American pop vocalist as documented in the albums and singles he’s made for Columbia Records (beginning in 1952 through the present), as well as his recordings for Roulette (including his recordings with Count Basie and Orchestra in 1959), MGM (1972-73), Improv (Bennett’s own label from 1973-76) and Fantasy (a pair of titles with pianist Bill Evans, released in 1975-76). The release celebrates Bennett’s 85th birthday,

Tony Bennett-The Complete Collection will be available exclusively at select Barnes and Noble retail locations on Tuesday, November 8. BN.com and TonyBennett.com will be the exclusive online retail sites and fans can now pre-order the collection.

At the core of the collection are Bennett’s original albums, each with its original jacket design and original sequencing and, in many cases, bonus material. In addition to Bennett’s best-selling album titles, this monumental anthology includes two newly curated collections-Rarities, Outtakes and Other Delights (2 CDs) and The Columbia Singles (6 CDs)-available exclusively in this set.

The Columbia Singles brings together for the first time all of the singles Bennett recorded for Columbia Records, the label he signed with in 1950. Most of them recorded in the early 1950s, The Columbia Singles includes the A-sides and B-sides that were not included on individual albums.

Rarities, Outtakes and Other Delights collects rare tracks, previously unreleased outtakes, guest appearances on other artist’s albums, soundtrack songs and more beginning with the recently discovered 1946 V-Disc recording of “St. James Infirmary Blues,” Bennett’s very first known recording. Nestled among the Rarities are two tracks from a concert Bennett gave at the Latin Casino in Philadelphia with the Count Basie Orchestra, which was recorded and never released.

The collection also includes a pair of rare previously unreleased full album sets: On the Glory Road and Live at the Sahara, recorded June 1962 and April 1964, respectively. On The Glory Road had been recorded, assigned a catalog number and assembled, only to be left on the shelf when Bennett’s “(I Left My Heart In) San Francisco” (originally the B-side to “Once Upon A Time”) became a national hit and a compilation album of the same name was released instead. A smattering of tracks from Glory Road have been released but this is the first time the entire album has been presented in its originally intended form.

Live at the Sahara is a live document of Bennett’s performances at the legendary Las Vegas casino during the 1960s. Culled from four different nights, the performances on this album have never been heard before.

Rounding out Tony Bennett-The Complete Collection are three DVDs, each covering an essential aspect of Bennett’s career: Tony Bennett Sings… with the London Philharmonic, a rarely seen BBC “Show of the Week” from 1971 (released as the Get Happy LP); MTV Unplugged: Tony Bennett, the 1994 breakout performance that introduced Bennett to a new generation of fans while earning the 1995 Album of the Year Grammy; and Tony Bennett: An American Classic, the 2006 Rob Marshall-directed television special celebrating Bennett’s 80th birthday, which won seven primetime Emmys.

UPDATE 1/19/22: This story has been revised to include the new date and location of the 64th Grammy Awards ceremony. Today (Nov. 23) is a … END_OF_DOCUMENT_TOKEN_TO_BE_REPLACED

Tony Bennett, who turned 95 yesterday (August 3) and celebrated with a concert at New York’s Radio City Music Hall, has announced that his 61st … END_OF_DOCUMENT_TOKEN_TO_BE_REPLACED

The Jazz Foundation of America has announced that its annual gala, “A Great Night in Harlem,” will take place on Thursday, April 4, at 8 p.m. at … END_OF_DOCUMENT_TOKEN_TO_BE_REPLACED