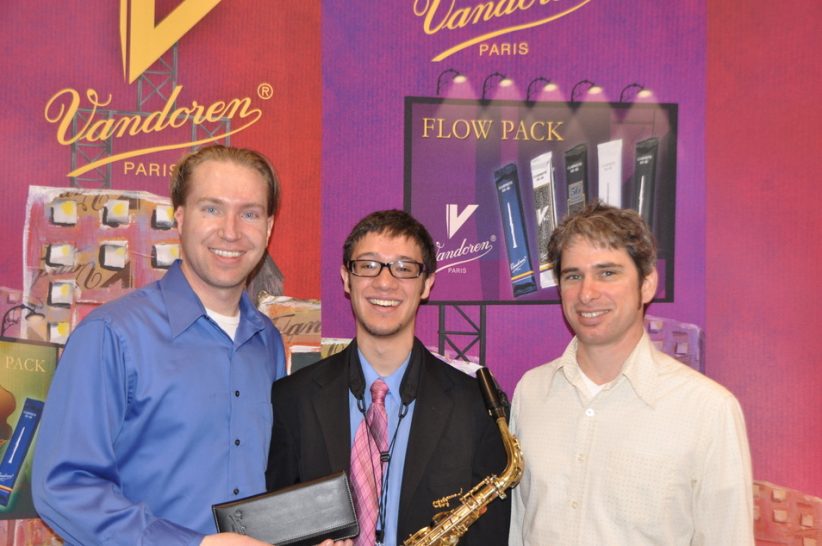 Twenty-year-old Danny Janklow has been named the top jazz saxophone soloist in North America by the North American Saxophone Alliance. Sponsored by mouthpiece manufacturer Vandoren, the competition is held at the organization’s biennial conference that took place this year from March 5-6 in Athens, Ga. Fifty-eight soloists, 26 quartets, and 21 jazz musicians competed in the 2010 competition.

Janklow is the youngest winner of the award to date, and was the youngest competitor in his division. He won $1,500 for taking the top spot. Playing sax since the age of 12, Janklow won over the judges with renditions of “Alone Together” and “My Foolish Heart” on alto saxophone.

Currently a junior at Temple University’s Boyer College of Music in Philadelphia, Janklow studies under Dick Oatts and Terell Stafford and has shared the stage with Wynton Marsalis, Benny Golson and Jimmy Heath.

“He is a joy to work with and a joy to be around, and I think that is really what makes a great musician,” Stafford said of his student. “He really respects the tradition and that’s huge. He really respects his teachers and is open enough to listen.”

Stafford said Janklow’s fellow Temple classmates were extremely encouraging as he prepared for the competition, and were thrilled to hear of his victory. “He works really hard and I am glad to see his hard work pay off.”

Swing University, the virtual adult education component of Jazz at Lincoln Center, is celebrating its 20th anniversary in 2021. It will mark the milestone with … END_OF_DOCUMENT_TOKEN_TO_BE_REPLACED

Michael Brecker used to receive one or two unsolicited cassettes in the mail, every week, from young and aspiring musicians seeking his advice and guidance. … END_OF_DOCUMENT_TOKEN_TO_BE_REPLACED

A short time from now in a club far, far away … unless you live near the PATH train … a New Jersey jazz musician’s … END_OF_DOCUMENT_TOKEN_TO_BE_REPLACED

The Michael Brecker International Saxophone Competition is now accepting applications, which are due Mar. 31. The competition, named after the late, influential saxophonist who died … END_OF_DOCUMENT_TOKEN_TO_BE_REPLACED