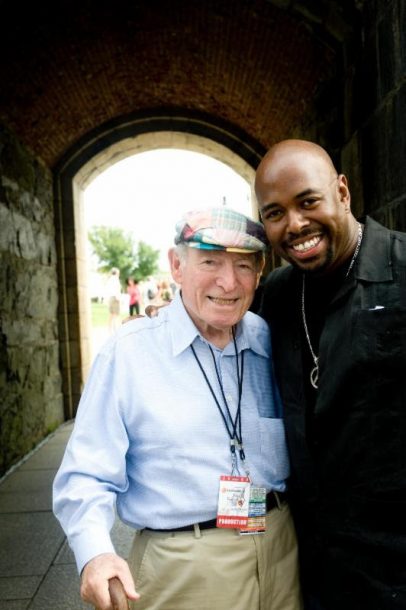 Bassist Christian McBride has been named artistic director of the Newport Jazz Festival. His appointment marks the first time in the festival’s 62-year history that a musician other than pianist/producer George Wein will serve as artistic director. McBride will work alongside, and eventually succeed, Wein as the festival’s music curator.

Danny Melnick, 25-year veteran of Wein’s organization, will move up to producer from associate producer.

According to a press release, “McBride will begin festival strategic planning with Wein and Melnick immediately, and will take the reins for the 2017 Newport Jazz Festival.”

The Montclair Jazz Festival has announced its series of summer concerts to be held in downtown Montclair, N.J. The festival, which is produced by the … END_OF_DOCUMENT_TOKEN_TO_BE_REPLACED

The Oscar Peterson Jazz Festival, produced by the pianist’s widow Kelly Peterson, returns to the Royal Conservatory in Toronto, Canada on April 22-23. The reunion … END_OF_DOCUMENT_TOKEN_TO_BE_REPLACED

The Festival International de Jazz de Montréal (also known in the U.S. as the Montreal International Jazz Festival) has announced the lineup for its 2022 … END_OF_DOCUMENT_TOKEN_TO_BE_REPLACED