Skip to content
Become a member and get exclusive access to articles, live sessions and more!
Start Your Free Trial
Home > Blog > CareFusion, Newport Jazz Festival > CareFusion Out as Sponsor of Newport and Other Jazz Events 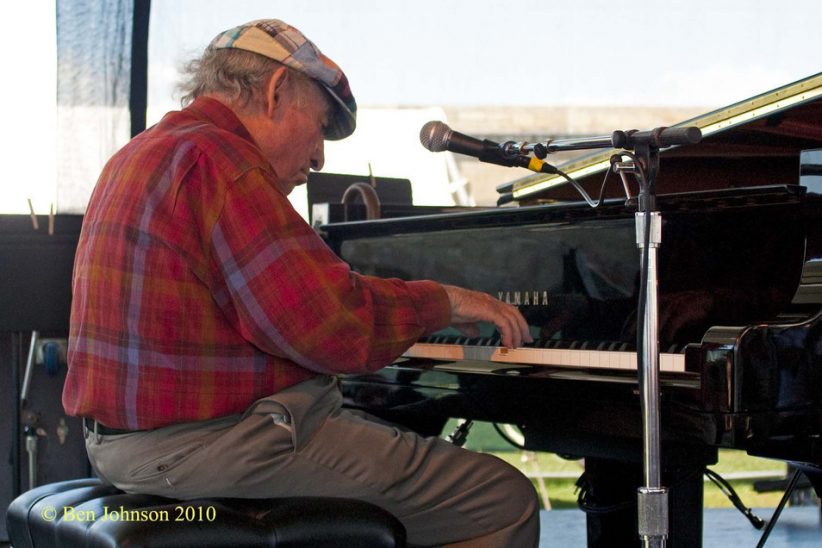 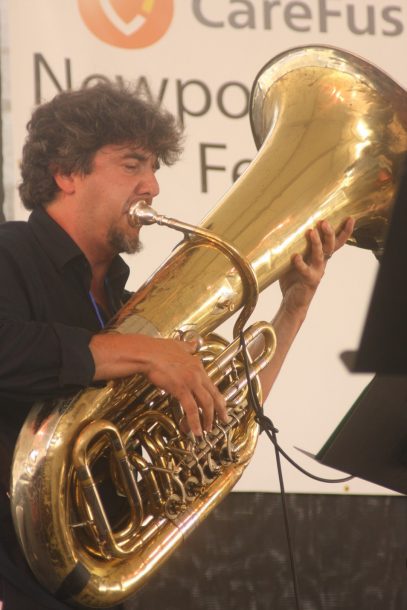 George Wein’s New Festival Productions announced that CareFusion would no longer sponsor Wein’s Newport Jazz Festival, as well as other jazz events, including Wein’s NYC festival and the Chicago Jazz Festial. Suzanne Hatcher, a spokesperson for CareFusion, told JT in a phone message that the hospital device maker had only committed for one year with Newport in 2009, but extended its sponsorship to 2010. “At this point in time, we’re just moving into a little different direction now that we’ve launched our brand, which was the initial intent of the sponsoring the programs, in addition to raising awareness of patient safety, which is what CareFusion is all about.”

In addition, the company has experienced some economic setbacks of its own, according to a recent article by Keith Darce for the San Diego Union-Tribune. Darce reported that the revenue of the now public CareFusion dropped in 2009 and in the first quarter of 2010, its profits were down by 53%. In August, the company downsized and laid off 700 workers or 5% of its workforce. Hatcher says that those statistics reflect CareFusion’s launch as a separate entity from Cardinal Health, as well as the current state of the medical products industry.

Nonetheless, Hatcher says that the postive legacy of the festival provided CareFusion with a great venue to launch its brand. “We were blown away by how welcoming and embracing jazz fans and the jazz community were towards us,” says Hatcher, director of public relations for CareFusion. “I think there was a great relationship with George and his organization. There was really something special going on with Newport and we were happy just to be a part of it.”

Wein, speaking by phone from his office in New York City, has no hard feelings whatsoever towards CareFusion. “They were wonderful to work with,” Wein says. “They lived up to their word in everything with me and us with them. We are basically a sponsor-friendly organization. I realize that I’ve been in business all my life because I’ve had sponsors. It started with Schlitz back over 35 years ago, then we had Kool, then JVC. I am not holier than thou when it comes to sponsorship.”

Interestingly, the Newport Jazz Festival has had only three title sponsors in its long history: Kool, JVC and CareFusion. Wein’s Festival Productions had a very strong and long-lasting relationship with JVC Electronics who sponsored their festivals at Newport, New York and other sites for over 20 years. But that relationship ended in 2009 when The Festival Network, the company that bought Festival Productions several years ago, went under and left a mountain of debts and unmet obligations. Wein subsequently resurrected his company, calling it New Festival Productions and bringing much of his old team back together to put on the festivals in Newport and New York City.

Wein knows how lucky he was to have a partner like JVC all those years. “They were selling a quality product that had to do with sound and jazz is a quality music,” he explains. “I think they realized it and once they identified with it, they wanted to stay with it. The Japanese are very loyal in that respect.” Wein doesn’t rule out the scenario of JVC returning as a sponsor. “There’s always that possibility,” he says.

Regardless, Wein says for an organization like his, a for-profit company without a development or fundraising staff, having the major support of a title sponsor is nearly essential. “Without a sponsor, we can’t take in enough money to pay the festival costs. You can’t make it on ticket sales. No way. Not with the prices of artists, the costs of hotels, the costs of staging, advertising. You can’t make it.” And Newport in August is not a cheap place to put on a show. “It’s very expensive for us because we have to set up the stage and everything.”

In case you’re wondering what it would take for you or your company to take ownership, so to speak, of the Newport Jazz Festival, Wein says that the cost of title sponsorship for a site like Newport runs somewhere between $500,000 and $1 million. But Wein contends that Newport’s unique status provide a corportaton with a lot of brand awareness bang for their sponsorship buck. “The thing about Newport that’s different from other festivals is that if you try to think of the sponsor for those other ones, you can’t remember,” he explains. “But with Newport you always know who’s sponsoring the festival. The media coverage we get is really something. Even now, when CareFusion is announcing that they’re not a sponsor, they’re getting a million dollars worth of publicity.”

With economic times tougher than ever, you’d have to think that it’s harder now to get big money sponsorship, even for a venerable property like the Newport festival, but Wein is sanguine about the prospects. “There seems to be a lot of interest in sponsorship of the festival,” he says, proudly. “Whether the money is there like it used to be, that’s another story. Corporations in America will never give up advertising and promotion. That’s their lifeblood. So maybe we can be part of that.”

Is there any sponsorship money that he wouldn’t take, say, like from BP or a tobacco company? “I handle each situation as it comes. The New Orleans Jazz & Heritage Festival has as a major sponsor, Shell Oil Company. Shell is their sponsor because Shell is very involved in the oil industry in New Orleans and Louisiana. What I would feel about an oil sponsor, I don’t know. Believe it or not, I’ve never smoked in my life, but I’m not anti-smoking. But I could not take a cigarette sponsor now. There is so much negative publicity about cigarettes.”

Ironically, Wein started the festival with money from the Lorillard family, heirs to the Newport cigarette fortune. “But they weren’t involved with the tobacco business when I knew them. That was way back before.” For Wein, there is more than his own ethics and values at stake here. “I also take into consideration what my artists feel. In the folk world, they feel very strongly about certain products. You take those things into consideration because your artists are still primary in your festival. Without your artists, you don’t have a festival.

Interestingly, this year’s Newport Folk Festival, which Wein also produces and which precedes the jazz festival by a week, didn’t have a title sponsor this year. “No, we didn’t, though the festival was very successful. We had young people there in large numbers. It captured the spirit of the old folk festivals in the ’60s. I was enraptured with it.” In the past, that festival has had a succession of title sponsors, including Ben & Jerry’s, Apple & Eve and Dunkin’ Donuts. Wein would love to see a company embrace both jazz and folk. “The ideal thing for us would be if somebody wanted both festivals. They’d really have great coverage.”

Plus, his people wouldn’t have to redo the signage between the two fests! Wein laughs. “At my age, I let things happen. I have a very small crew but they’re dedicated and they deliver. They never stop working. We’re like a family.”

However, Newport is not the only nut Wein has to crack. CareFusion also sponsored his festival in New York City, which had to go on hiatus in 2009, but resurfaced this year with CareFusion’s support. “I may try to keep New York alive, once we get over this hump here we’re in,” says Wein, “because New York was a different money situation. We did a few concerts at Carnegie Hall. Basically with the sponsorship money I subsidized not only the artists, but also the clubs. I gave the money to the clubs to pay the artists and they could keep the money they made that evening. Everybody loved that feeling and it didn’t cost us a lot of money. We were paying nightclub prices to the artists, which are different concert prices. And no travel costs.”

For the moment, Wein is putting New York on the back burner, as much because he’s confident he can make that happen, with or without a big corporation. “Conceivably I could raise that kind of money-$200,000 would go a long way. I’m not going to do that this week.” Although it seems like every week is like a jazz festival in New York City, Wein’s annual festival in June has always been an important event for the jazz community. Wein is indeed proud of that community aspect. “It created a wonderful feeling in New York and I had such a wonderful feeling with the musicians. I had a reception at my apartment with all the organizations we were involved with. You had Carnegie Hall, Town Hall, Jazz at Lincoln Center, Symphony Space, Zebulon in Brooklyn, all the NYC clubs, The Jazz Gallery and the Schomberg. And they didn’t even know each other. They had the time their lives. It was a wonderful experience for everybody. We are all part of a community.”

Today the Newport Jazz Festival announced the lineup for its 2022 edition, which will take place as usual on the grounds of Fort Adams State … END_OF_DOCUMENT_TOKEN_TO_BE_REPLACED

Jazz on a Summer’s Day, Bert Stern’s fabled film of the 1958 Newport Jazz Festival, is being re-released to virtual cinemas on August 12 by … END_OF_DOCUMENT_TOKEN_TO_BE_REPLACED

It’s official: There will be no Newport Jazz Festival or Newport Folk Festival this year. Today (Apr. 29) the Newport Festivals organization announced the cancellation … END_OF_DOCUMENT_TOKEN_TO_BE_REPLACED