On October 4, the eclectic New Orleans band Bonerama, with help from veteran pop/R&B singer Michael McDonald, will release a new song via Basin Street Records that pays tribute to the late Allen Toussaint. Penned by Mark Mullins, Bonerama’s bandleader and one of its three trombonists, “Empty World” was written soon after the November 2015 passing of Toussaint, the pianist, songwriter, singer, and producer who was a pillar of the New Orleans music scene for decades. You can see a video containing a clip of the song below.

While working on the 40th Anniversary Tour of The Last Waltz (the 1978 Martin Scorsese film documenting the Band’s final concert, which featured many special guests, including Toussaint), Mullins asked McDonald, one of the tour’s other performers, to sing lead on a recording of “Empty World.” As the video demonstrates, McDonald agreed.

“I was pretty much devastated when I heard the news of Allen’s passing,” Mullins said in a statement. “His influence on me as a musical hero, arranger, composer, producer is immeasurable … I think of the seemingly effortless ability he brought to the process: brilliant ideas to song to arrangement, artist recruitment, recording, mixing, completing a song, and repeating the process to make a collection of songs. Then, he excelled at the behind-the-scenes business artistry of bringing these songs to the masses. A whole other art. It’s an astounding series of hurdles to clear and he made it look easy. If any of those steps don’t come together perfectly along the way, the song likely becomes lost, and virtually no one will hear it or remember it. Allen Toussaint’s contributions to New Orleans music are simply unparalleled in what one person has done to make the genre what it is today. For us, as New Orleans musicians, wanna-be role models, and fans, we wanted to make this as special as we could for him, and all of the legends that are so rapidly leaving this world, in what is feeling like, to me, an Empty World.”

Indeed, although the song refers to Toussaint and his work, it can also be easily applied to many other New Orleans musicians who have passed on in recent years, including Henry Butler, Dr. John, Art Neville, and Dave Bartholomew. 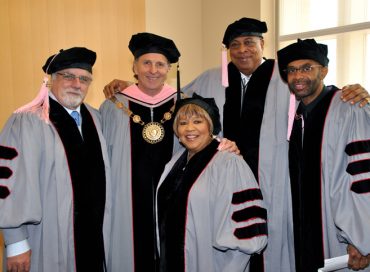